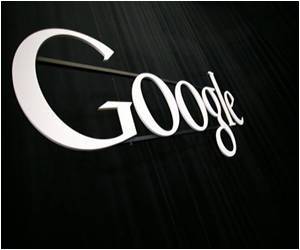 Teens can now use Google+ as the company has relaxed the rules regarding the use of real names on the social network.

The age limit had previously been 18, but Google vice president for product management Bradley Horowitz announced on Google+ that users could now be as young as 13.


Facebook, the world's leading social network with more than 800 million members, also has an age limit of 13.

"With Google+, we want to help teens build meaningful connections online," he said in a post on his Google+ account. "We also want to provide features that foster safety alongside self-expression."

Google+ organizes online connections into circles such as friends and family and one of the safety features is a reminder to a teen whether they really want share a post publicly outside of their circles.

Horowitz said Google+ is also giving teen users "control over who can contact them online.

"By default, only those in teens' circles can say hello, and blocking someone is always just a click or two away," he said.

"Between strong user protections and teen-focused content, it's our hope that young adults will feel at home (and have some fun) on Google+," Horowitz said.

On Tuesday, Google+, which had been insisting that users go by their legal names, began allowing users to use nicknames or established pseudonyms such as Madonna.

"Over the next week, we'll be adding support for alternate names -- be they nicknames, birth names, or names in another script -- alongside your common name," Horowitz said.

He described the move as a "small step towards improving the ways in which you can communicate your identity on Google+."

Women Prefer to Use Social Networks to Stay Connected
Social networks are more popular among women as a way to keep in touch, while men seem to prefer the phone, a recent survey has revealed.
READ MORE

Social Networking Sites Outfox Mobile Way of Interaction
Instead of mobile phones, its social networking sites and Skype the favored media for Australians to maintain contact with family and friends, reveals a new study.
READ MORE

Social Networking Making Us Lose Our Joker Talents
A new survey has revealed that technology has killed off the art of joke telling.
READ MORE

Social Networking Contributes To Alcoholism
Yet another downside of social networking has been unraveled. It can be contributing to increasing alcoholism among the youth.
READ MORE