Teenage Boy Lays Eggs, Doctors Unable To Find The Cause 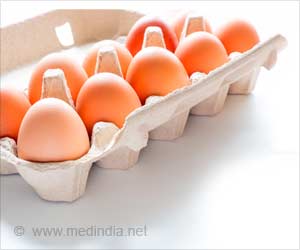 The boy, Akmal from Gowa, Indonesia, claimed that he has been laying eggs since 2016. He was hospitalized many times due to his condition but doctors were not able to find out what is wrong with him.

Medical experts who checked the boy cannot find any answers as to why he lays eggs at certain times. What's more baffling is the fact that what he has been laying all this time were chicken eggs!

Advertisement
‘The eggs which the boy laid were all white or all yolk on the inside and were more like chicken eggs. The X-ray results showed an egg in his rectum and so the doctors suspect that the eggs have been swallowed or pushed in through the rectum.’

Akmal's father said that when the eggs laid by his son are cracked open, they appear to be either all white or all yolk. Over the course of two years since 2016, the boy allegedly laid 20 eggs in total.


During the recent visit to the hospital, Akmal laid two of them in front of doctors. However, even if they had personally witnessed how the teenager produced the egg, they still have doubts about this bizarre case.
Advertisement
At any rate, the doctors explained that it is not possible for eggs to develop inside the human body so they think there are other reasons why Akmal is laying eggs. But in order to come up with clear answers, they are not discounting the possibility that there is a medical or scientific explanation for Akmal's condition.

This was why during the boy's latest visit to the health facility, the doctors conducted an x-ray procedure on the teenager's abdomen. To their surprise, the results showed that there was indeed an object, shaped like a chicken egg, in Akmal's rectum.

Despite the x-ray, medical experts believed that this is not a medical condition. They think that the 14-year-old lad has an egg in his stomach that he could lay afterward because he might have either swallowed it whole or pushed it up into his rectum.

"Our suspicion is that the eggs were deliberately shoved into Akmal's rectum. But we did not see it directly," the Syekh Yusuf Hospital's spokesperson's said in an interview.

After hearing the doctors' conclusion, Akmal's father firmly denied the allegation and insisted that their family did not do anything to make his son lay the chicken eggs. The doctors have kept the teenager under observation to erase the doubt that the laying of eggs has been done deliberately, perhaps, to gain attention.

More News on:
Teenage Different Medical Specialists and their Area of Medical Expertise

Top Ten Incredible Benefits of Eggs and Why Should They be Part of your Daily Diet
Top ten incredible reasons why eating eggs can make you healthier and brainier. Eggs are powerhouse ...