Teen Drivers Now Have 'The Other Distraction': Teen Passengers 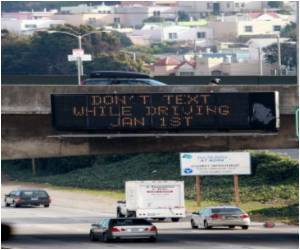 Issues probably leading teens to drive with multiple peer passengers and, subsequently, how those passengers may affect their driver's behaviour just before a serious crash, has been identified by studies by The Children's Hospital of Philadelphia (CHOP) and State Farm®. The studies were published today in the Journal of Adolescent Health.

Experts have long known that peer passengers increase teen driver crash risk. What hasn't been well understood was how they increase crash risk. "These studies help us understand the factors that may predispose teens to drive with multiple friends and how those passengers may contribute to crashes by distracting the driver and promoting risky driving behaviors, such as speeding, tailgating, or weaving," said study author Allison Curry, PhD, director of epidemiology at the Center for Injury Research and Prevention. "Knowing this, we can develop programs that work in tandem with current Graduated Driver Licensing laws that limit the number of passengers for teens during their first year of driving."

'Adolescent Immunization- Need of the Nation', week emphasised the need for vaccinating and immunising people between the age of 10 years and 18 years.
Advertisement

The first study surveyed 198 teen drivers and found that teens who are most likely to drive with multiple passengers shared the following characteristics: considered themselves "thrill-seekers," perceived their parents as not setting rules or monitoring their whereabouts, and possessed a weak perception of the risks associated with driving in general.


"The good news is that that these teens make up the minority," said Jessica Mirman, PhD, study author and a behavioral researcher. "Teens in this study generally reported strong perceptions of the risks of driving, low frequencies of driving with multiple passengers, and strong beliefs that their parents monitored their behavior and set rules."

High Risk Behaviors of Obese Adolescents - How Normal Is It?

Extremely obese teens are just as likely to engage in risky behaviors as their normal-weight peers, but in more dangerous ways.
Advertisement
The second study analyzed a nationally-representative sample of 677 teen drivers involved in serious crashes to compare the likelihood of driver distraction and risk-taking behaviors just prior to the crash when teens drive with peer passengers and when they drive alone.

Additionally, the researchers found males with passengers were almost six times more likely to perform an illegal maneuver and more than twice as likely to drive aggressively just before a crash, as compared to males driving alone. Females rarely drove aggressively prior to a crash, regardless of whether they had passengers in the car.

"Most teens take driving seriously and act responsibly behind the wheel. However, some may not realize how passengers can directly affect their driving," said Dr. Mirman. "Teen passengers can intentionally and unintentionally encourage unsafe driving. Because it can be difficult for new drivers to navigate the rules of the road and manage passengers, it's best to keep the number of passengers to a minimum for the first year."

The study authors also emphasized the important role parents play in supporting safe driving among teens and their passengers. They recommend parents set a house rule of no non-sibling teen passengers for the first six months of driving and only one non-sibling passenger for the second six months.

"It's critical that parents stay involved in their teens' driving beyond the learner permit phase. This includes continuing to monitor their driving activities and to review ways teens can be safe drivers and passengers," said Chris Mullen, research director at State Farm. "Combined with Graduated Driver Licensing laws that limit passengers for the first year of driving, involved parents are an effective strategy to protect teens from a dangerous and preventable crash risk - driving with their friends."

Find a Doctor Diaphragmatic Hernia Pregnancy Confirmation Calculator Sanatogen Sinopril (2mg) (Lacidipine) Accident and Trauma Care Drug Side Effects Calculator Loram (2 mg) (Lorazepam) The Essence of Yoga Color Blindness Calculator
This site uses cookies to deliver our services. By using our site, you acknowledge that you have read and understand our Cookie Policy, Privacy Policy, and our Terms of Use