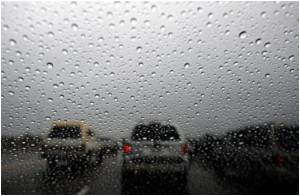 Results indicate that in 2008 the teen crash rate was about 41 percent higher in Virginia Beach, Va., where high school classes began at 7:20 a.m., than in adjacent Chesapeake, Va., where classes started more than an hour later at 8:40 a.m. There were 65.4 automobile crashes for every 1,000 teen drivers in Virginia Beach, and 46.2 crashes for every 1,000 teen drivers in Chesapeake.

Spanish researchers have come up with a new driving assistance system that keeps track of a driver's attention level and helps to prevent accidents caused by drowsiness.
Advertisement

"We were concerned that Virginia Beach teens might be sleep restricted due to their early rise times and that this could eventuate in an increased crash rate," said lead author Robert Vorona, MD, associate professor of internal medicine at Eastern Virginia Medical School in Norfolk, Va. "The study supported our hypothesis, but it is important to note that this is an association study and does not prove cause and effect."


The study involved data provided by the Virginia Department of Motor Vehicles. In Virginia Beach there were 12,916 drivers between 16 and 18 years of age in 2008, and these teen drivers were involved in 850 crashes. In Chesapeake there were 8,459 teen drivers and 394 automobile accidents. The researchers report that the two adjoining cities have similar demographics, including racial composition and per-capita income.

According to Vorona, delaying high school start times may promote driver alertness by reducing the severity of chronic sleep restriction, which is a common problem during adolescence. This idea is supported by a study in the December 2008 issue of the Journal of Clinical Sleep Medicine, which reported that the teen crash rate dropped by 16.5 percent in one county that delayed high school start times by an hour.

"We believe that high schools should take a close look at having later start times to align with circadian rhythms in teens and to allow for longer sleep times," said Vorona. "Too many teens in this country obtain insufficient sleep. A burgeoning literature suggests that this may lead to problematic consequences including mood disorders, academic difficulties and behavioral issues."

Machine Intelligence That Warns Driver of an Impending Accident, in the Making

Researchers are working to develop a rapid alert system that can warn a driver of an impending accident.
Advertisement
Advertisement