Teen Birth Rate Declines in the US 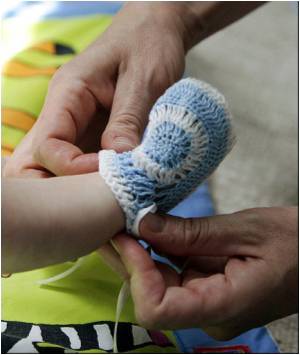 Teen birth rate in US decline to the lowest level on record in 2009, reveals report. In 2009, some 410,000 teenage girls aged 15 to 19 years gave birth in the United States, making for a national teen birth rate of around 39 births per 1,000 females, a report released by the Centers for Disease Control and Prevention (CDC) said.

The CDC report is the second in as many months after a National Center for Health Statistics (NCHS) report in early February that provided similar data.

There is a general belief that a pregnant woman should eat for two people. How far is this true? This compilation of information, presented in the quiz, will tell you more.
Advertisement

Teen childbearing has long raised concerns among health officials and policymakers for several reasons, including that babies born to teens are more likely to be underweight or preterm than infants born to older women, and are more likely to die during infancy, both the CDC and NCHS reports say.


"Teen childbearing also perpetuates a cycle of disadvantage: teen mothers are less likely to finish high school, and their children are more likely to have low school achievement, drop out of high school, and give birth themselves as teens," the CDC report said.

Teen Birth Rates Fall To Record Low In US, But No Room For Complacency

The teen birth rate in the U.S. has fallen to a record low, according to a report from the Centers for Disease Control and Prevention, but there is no room for complacency, warn experts.
Advertisement
"Each year, teen childbearing costs the United States approximately $6 billion in lost tax revenue and nearly $3 billion in public expenditures. However, these costs are $6.7 billion lower than they would have been had teen childbearing not decreased."

But, despite the good news, the US teen birth rate remains one of the highest in developed countries, says the CDC report, citing the most recent available UN data.

According to the UN Demographic Yearbook 2008, the teen birth rate in Canada was 14 percent, in Japan it was five percent, and in Singapore around six percent.

The rate of US teenagers giving birth has sunk to a record low, with a dramatic drop among African American girls, according to a government report out this week.
Advertisement
Advertisement
This site uses cookies to deliver our services.By using our site, you acknowledge that you have read and understand our Cookie Policy, Privacy Policy, and our Terms of Use  Ok, Got it. Close
×