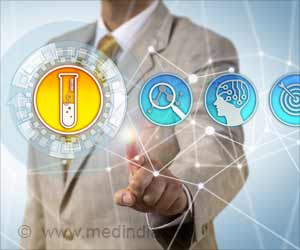 Tech-savvy people who put their confidence in machine performance and also in their own technological capabilities were found to accept and use digital healthcare services and providers more, reveals a new study.

"There is increasing use of automated systems in the medical field, where intake is now often conducted through a kiosk instead of by a receptionist," said S. Shyam Sundar, James P. Jimirro Professor of Media Effects. "We investigated user acceptance of these 'robot receptionists,' along with automated nurses and doctors. In addition, we tested whether the form that these roles took -- human-like, avatar or robot -- made a difference in user acceptance."

Tech Savvy Kids Under Age 2 Could Put Themselves in Danger: Research

Kids these days grow up in a world of mobile technology.
Advertisement
‘Tech-savvy people trust robots more than doctors in diagnosing a disease. The higher people's beliefs were in the machine heuristic, the more positive their attitude was towards the agent and their intention to use the service in the future was also much higher.’

According to Sundar, the healthcare industry can benefit from increased reliance on automated systems. "Doctors are limited by their human bandwidth, by their experience, knowledge and even state of mind from minute to minute," he said. "In contrast, machines can be programmed to 'think' of all the possible conditions that a patient's symptoms could point to, and they never get tired. Some level of automation is clearly needed."


The research team at Penn State recruited participants from the online workforce, Amazon Mechanical Turk, to gain a better understanding of user psychology behind the acceptance of automation in clinics. The results will be presented at the ACM Conference on Human Factors in Computing Systems in Glasgow, Scotland.

Artificial intelligence (AI) can now predict how ovarian cancer patients will respond to treatment, the likely outcome, and the chances of survival. This will help in planning alternative treatments for the patient beforehand.
Advertisement
First, the team gauged the participants' preconceived beliefs about and attitudes toward machines -- what is called a "machine heuristic." "A machine heuristic involves stereotypes people have about machines, including their beliefs in machines' infallibility, objectivity and efficiency," said Sundar.

The team measured participants' adherence to the machine heuristic by asking them to indicate their level of agreement with statements such as, "When machines, rather than humans, complete a task, the results are more accurate." The researchers also asked participants a variety of questions to rate their "power usage," or level of expertise and comfort in using machines.

"We found that the higher people's beliefs were in the machine heuristic, the more positive their attitude was toward the agent and the greater their intention was to use the service in the future," said Sundar. "We also found that power usage predicted acceptance of digital healthcare providers. A power user (a person with advanced computer skills) is more likely to accept a robot doctor, for example, than a non-power user."

This effect was similar across all experimental conditions. In other words, people who had high adherence to the machine heuristic and were also power users had almost equally positive attitudes toward all forms of digital healthcare provider, regardless of whether they were human-like, an avatar or a robot.

"Our results suggest that the key to implementing automation in healthcare facilities may be to design the interface so that it appeals to expert users who have a high belief in machine abilities," said Sundar. "Designers can direct resources toward improving features such as chat functionality instead of anthropomorphizing healthcare robots. In addition, increasing the number of power users and the general belief that machines are trustworthy may increase the adoption of automated services."

Artificial intelligence (AI) may soon make magnetic resonance imaging (MRIs) safer for patients by reducing the dose of gadolinium-based contrast agent, which is administered to patients to enhance image quality of the scan.
Advertisement
<< Anger More Harmful Than Sadness for Elderly
School Attendance Improved in Children Living With Hunger: H... >>

Sanatogen Vent Forte (Theophylline) Color Blindness Calculator Pregnancy Confirmation Calculator Diaphragmatic Hernia Find a Hospital Accident and Trauma Care Drug - Food Interactions Calculate Ideal Weight for Infants Loram (2 mg) (Lorazepam)
This site uses cookies to deliver our services.By using our site, you acknowledge that you have read and understand our Cookie Policy, Privacy Policy, and our Terms of Use  Ok, Got it. Close
×