Tech Savvy Kids Under Age 2 Could Put Themselves in Danger: Research 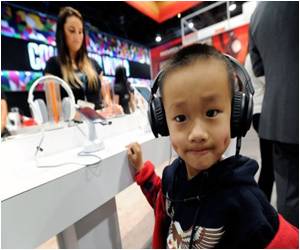 Kids these days grow up in a world of mobile technology. The inevitable questions that arises though is how young is too young to let them be part of it.

It's a vexed question for any new parent, especially when toddlers become old enough to grab an iPhone and protest incessantly when they don't get to play with it.

Professor Elizabeth Handsley, president of the Australian Council of Children and the Media, warned parents to wait until their children were at least two before relenting.


"Those first two years are a very important time in a child's life and ideally parents should be making a priority of interacting with their children," the Daily Telegraph quoted her as saying.
Advertisement
She asked them not to just stick a gadget in their child's hands and expect them to interact with that instead.

Not that the tech-related trouble for parents ends when a toddler turns two.

Decisions must be made about how long children are allowed to use mobile devices and which apps are best.

"The problem we are hearing is that a lot of parents use them as what we call 'shut-up toys', where they give the iPhone or iPad to the child so that they can get on with their coffee and chat to their friends," she said.

Even the time of day needs to be considered. Paediatric sleep researcher Sarah Blunden said children needed at least a 45-minute break from smart-phones and tablets before bed.

"There is evidence to show that blue light affects sleep-wake rhythms the most, and mobile screens produce a lot of blue light," she said.

"It's a matter of keeping the balance," he said.

Gen Z Is Here - The Age of Financially Responsible, Tech Savvy Kids Has Dawned
They are responsible money-wise, have a strong work ethic and grown up on the staple diet of ......