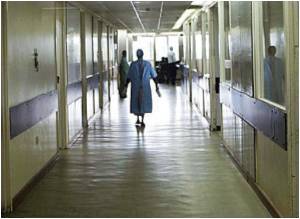 Teaching hospital offers high quality end-of-life care to patients, but there is a need to improve support and comfort for patients who are critically ill.

The project examined the care provided to patients who died over a one-year period at Ronald Reagan UCLA Medical Center, a large teaching hospital known for providing aggressive care to patients who are critically ill.

Although the study was designed to help the UCLA hospital improve the care it provides to patients at the end of their lives, researchers say the findings may offer lessons for other hospitals and physicians who care for critically ill patients. The findings are published in the June 29 edition of the Archives of Internal Medicine by researchers from the RAND Corporation and UCLA.


"We found that the quality of care received is generally high, but there are changes that could improve the support and comfort provided to patients who are hospitalized at the end stages of serious diseases," said Dr. Anne M. Walling, lead author of the study and a physician at UCLA. "While we focused on one large hospital, our findings can provide a map of how to improve end of life care at other institutions."
Advertisement
Patients in American hospitals typically receive intensive medical treatments, even when they are seriously ill and approaching death. Medical care provided during the last year of life accounts for 10 percent to 12 percent of U.S. health care spending and more than one-fourth of Medicare expenditures.

Researchers analyzed the care provided to 496 adult patients who died while at UCLA Medical Center after being hospitalized for at least three days between April 2005 and April 2006. Medical records were reviewed to assess the quality of care for 16 indicators of quality developed as a part of the Assessing Care of Vulnerable Elders project, a RAND effort that developed quality measures for vulnerable older patients.

The review found that patients who died at UCLA Medical Center received appropriate care about 70 percent of the time -- a much higher score than has been found previously in clinically detailed studies of quality of care for vulnerable elders.

"While the patients in general did receive high-quality medical care, we identified areas to target for improvement," said co-author Dr. Neil Wenger, a natural scientist at RAND and a physician at UCLA. "We need to do more to change the way we approach the care provided to patients at the end of their lives."

Researchers concluded that more communication is needed between physicians and family members when intensive treatments begin to discuss the outlook and expectations for care. For example, the study found that two days after a patient was admitted to an intensive care unit or was placed on a mechanical breathing device, there was no evidence in the medical record that there had been discussions about the goals of treatment for more than half of the patients.

Researchers say that such conversations are important because in order to die in the hospital, explicit decisions often must be made to allow death when a patient's goals cannot be met. Among the patients studied, ultimately four in 10 had a decision for ventilation or dialysis to be withdrawn in order to permit death, and all but a few had other life-sustaining treatments withheld or withdrawn. Most of the patients in the study were admitted to the hospital with end-stage diseases.

The study also concluded that additional effort is needed to aid patients who suffer from breathing difficulties -- common among those studied -- and more attention should be focused on disabling defibrillators implanted in some patients.

Researchers say UCLA Medical Center already has begun to address the shortcomings outlined by the research. The hospital has assembled groups of physicians and administrators to map out strategies to change hospital practice to improve end-of-life care. This includes regular meetings in the intensive care units to identify to identify appropriate goals of care, including end of life care and the enhanced use of palliative care consults.

"It's clear that in order to make these sorts of changes you need to engage those front-line medical leaders who have the authority to do things differently," Wenger said. "The hospital is working to embrace improved approaches to end-of-life care."