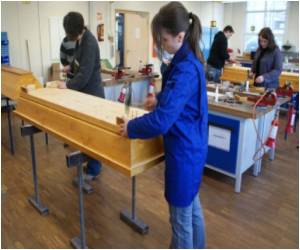 In Australian schools, teaching Asian language has declined to the extent that students aged 12 years and less are studying Latin than Chinese.

Despite China's growing importance and the government's goal of creating an 'Asia literate' society by 2025, the students who will leave school by that year are now entering primary school programmes, which are so inadequate as to be 'destructive', the Sydney Morning Herald reports.

The director of the Chinese Teacher Training Centre at the University of Melbourne, Jane Orton, said that after six years of bits and pieces, half an hour a week, they have no way of remembering the language, let alone mastering it so the majority decide when leaving primary school that they're not going to go on learning.


Experts said that the problem stems from badly structured programmes and incentives rather than a lack of student interest or teacher capabilities.
Advertisement
Australia's Chinese-speaking ambassador to China Frances Adamson, who Richmond West Primary School in Melbourne, said that children spend about half their week learning in Chinese and are 'genuinely bilingual'.

According to the report, experts said at high school level, the number of non-native-speaking Chinese language students has declined since the Howard and Rudd governments, largely because they compete against native speakers in tertiary entrance exams.

The government was committed to general 'Asia literacy goals', but had not set benchmarks or revealed policies to achieve them.

The minister assisting Asian-century policy Craig Emerson said that 'everyone wants a gazillion dollars', but 'governments can't just say thou shall teach Asian languages from tomorrow'.

New 'Two Child Policy' in China
Despite the strict rules in China , a few places allow parents to have more than one offspring....

One Million New Cases of TB Reported in China Every Year
A Chinese health official revealed that over 1 million new cases of tuberculosis (TB) are reported ....