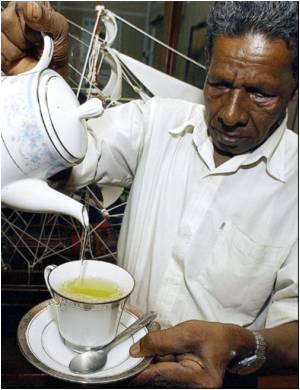 The finding is based on the study of more than 76,000 women. It showed that consuming tea raised the risk while drinking coffee had no impact.

Researchers found that tea-lovers who enjoyed more than four cups a day had the highest risk - being 78 per cent more likely to develop rheumatoid arthritis than those who drank none.


But drinking any amount of tea increased the chance by 40 per cent, compared with people who never drank tea.

Professor Christopher Collins, from Georgetown University Medical Centre in the US, said he was surprised by the result of the study.

Coffee is a great beverage prepared from the seeds of Coffea plant. Different types of coffee include espresso, cappuccino, Café latte, frappe, iced coffee.
Advertisement
"We set out to determine whether tea or coffee consumption, or the method of preparation of the drinks was associated with an increased risk of (rheumatoid arthritis]," the Scotsman quoted him as saying.

"It is surprising that we saw such differences in results between tea and coffee drinkers. This does make us wonder what it is in tea, or in the method of preparation of tea, that causes the significant increase in risk of developing rheumatoid arthritis," he added.

The findings were presented at the Annual Congress of the European League Against Rheumatism in Rome.