A campaign aimed at averting 200,000 deaths each year by co-infection from TB and the AIDS virus has been initiated by two global health agencies.

"Every three minutes a person living with HIV has his or her life cut off prematurely by TB," said Jorge Sampaio, UN Secretary General Ban Ki-moon's special envoy on stopping tuberculosis. 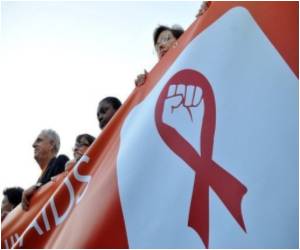 A person living with AIDS dies prematurely from TB every three minutes, according to UN figures 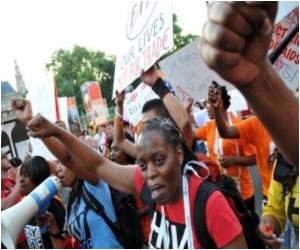 "This is completely unacceptable. TB is a preventable and curable disease."


Sampaio presided over a signing of a memorandum of understanding on the sidelines of the 18th International AIDS Conference, gathering the UN agency UNAIDS and Stop TB, a public-private health partnership.

Encyclopedia section of medindia gives general info about HIV Clinical Features
Advertisement
They pledged to work towards halving the mortality from TB/HIV in 2015 compared to a base line of 2004, a year in which 400,000 people died.

"We are talking about a massive human tragedy," the executive secretary of Stop TB, Marcos Espinal, told AFP. "African countries in particular have been devastated by co-infection."

Espinal estimated that several billion dollars each year would be needed to reach the 2015 objective, but said much of this could come from smarter use of existing resources.

"There is a package of activities that if properly implemented by countries will work," he said.

Several dozen activists demonstrated before the event, pounding drums and holding up a black coffin symbolising the death toll from co-infection by the two microbes.

In the middle of the past decade, researchers uncovered the dismaying consequence from these two overlapping pandemics: people who were co-infected were often placed on the fast track to deaths.

TB is a lung disease that is caused by a germ, Mycobacterium tuberculosis. Around two billion people around the world are infected by the bacteria, but the vast majority never fall sick. A far smaller number -- nine million a year -- develop symptoms of the disease.

However, the risk doubles when an individual is infected by HIV, which weakens the immune system, allowing the germ to run riot.

Without TB treatment, which costs around 25 dollars a person, 90 percent of co-infected people die within a matter of months. Of the two million deaths that occur from HIV infection each year, around one in four is linked to TB.

Alasdair Reid, HIV/TB advisor at UNAIDS, said tackling co-infections could to a large degree be done through simple measures and under existing guidelines.

Investment in health clinics and labs should focus on facilities that can diagnose and treat both infections at the same time.

Frontline careworkers should be trained to ask a patient with HIV whether he has been coughing recently, to see whether antibiotics should be initiated. There is a test for detect TB, but it is largely ineffective for patients with with HIV.

"We already have the tools to keep people living with HIV from dying of TB," said UNAIDS Executive Director Michel Sidibe.

The strategy set by UNAIDS and Stop TB will be essentially an awareness campaign.

The two agencies' chiefs will make at least two joint visits to countries badly hit by co-infection each year to lobby for action, and to showcase the initiative in at least one international forum per year.