A widely used drug against tapeworm infections is found to inhibit colon cancer metastasis. The compound silences a gene that triggers the formation of metastases in colon cancer. Professor Ulrike Stein (Experimental and Clinical Research Center, a joint cooperation between the Charit Medical Faculty and the Max Delbr'ck Center for Molecular Medicine, (MDC)) and her research group made this discovery in collaboration with Professor Robert H. Shoemaker of the National Cancer Institute (NCI) in Frederick, Maryland, USA (Journal of the National Cancer Institute, Vol. 103, No. 12, June 17, 2011)*. Plans are already underway with Professor Peter M. Schlag (Charitï¿½ Comprehensive Cancer Center) to conduct a clinical trial.

Colon cancer is one of the most common tumor diseases in Western countries. In Germany alone, there are approximated 73 000 new cases of the disease every year. Despite surgery, chemotherapy and radiation therapy, only about half of the affected patients are cured.

The scientists looked for compounds that block the expression of the metastasin gene. They screened 1280 compounds and found what they were looking for: niclosamide, a drug until now approved for use to treat intestinal parasite infections from tapeworms.

Surprisingly, the researchers discovered that niclosamide inhibits the beta catenin-driven expression of the S100A4/metastasin gene, both in the cell culture and in mice. The animals had fewer metastases. Next, the researchers want to conduct clinical trials to find out whether the compound is also effective in patients with metastasizing colon cancer. 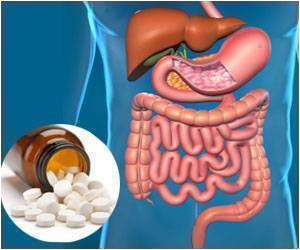 Colon Cancer Billboards in Bad Taste
Billboards for colon cancer which have been put up in the US have drawn flak for its inappropriate content and the health board has decided to axe most of them.
READ MORE

Common Antidepressants May not Raise the Risk of Stroke Reducing Use Of Opioids Post-Surgery FDA Approves New Treatment For Rare Duchenne Muscular Dystrophy Mutation Are Statins Associated With Muscle Symptoms? Flu Vaccination to be Highest Ever in U.S This Season
More News