Talking While Walking Could Increase Risk Of Falling In Elderly 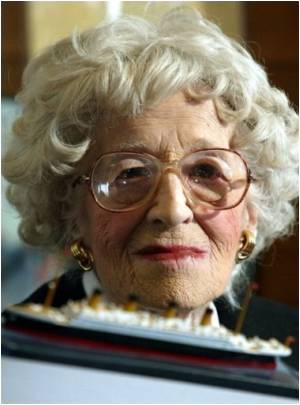 Talking while walking could increase risk of falling in elderly, particularly in the case of those with Parkinson's disease.

A new Florida State University study found that older adults with Parkinson's disease altered their gait  stride length, step velocity and the time they spent stabilizing on two feet  when asked to perform increasingly difficult verbal tasks while walking. But the real surprise was that even older adults without a neurological impairment demonstrated similar difficulties walking and talking.

A disruption in gait could place Parkinson's patients and the elderly at an increased risk of falls, according to the Florida State researchers.


Francis Eppes Professor of Communication Science and Disorders Leonard L. LaPointe and co-authors Julie A.G. Stierwalt, associate professor in the School of Communication Science and Disorders, and Charles G. Maitland, professor of neurology in the College of Medicine, outlined their findings in "Talking while walking: Cognitive loading and injurious falls in Parkinson's disease." The study will be published in the October issue of the International Journal of Speech-Language Pathology.

The Central nervous system consists of the brain, the spinal cord, and the body's nerve network. This complex system is based on one kind of cell the neurons.
Advertisement
"These results suggest that it might be prudent for health care professionals and caregivers to alter expectations and monitor cognitive-linguistic demands placed on these individuals while they are walking, particularly during increased risk situations such as descending stairs, in low-light conditions or avoiding obstructions," LaPointe said.

In other words, don't ask an elderly person or someone with Parkinson's to give directions or provide a thoughtful response to a complicated question while walking.

"One of the most common dual tasks performed is talking while walking," the researchers wrote. "In isolation, neither talking nor walking would be considered difficult to perform, yet when coupled, the relative ease of each task may change."

Twenty-five individuals with Parkinson's disease  six women and 19 men  participated in the study. The mean age of participants was 67.4 years. Thirteen people who matched in age and education but without a reported history of neurological impairment made up the control group.

The researchers used the GAITRite Portable Walkway System, a 14-foot mat containing 13,824 sensors that measures, interprets and records gait data as participants walk on it. After establishing a baseline, the participants were asked to walk while completing a "low load" task, counting by ones; a "mid load" task, serial subtraction of threes; and a "high load" task, continuation of an alpha numeric sequence, such as D-7, E-8, F-9, etc.

While there were no significant differences between the two groups in stride length and step velocity, members if the control group significantly increased the time they spent stabilizing on two feet from the low load to high load tasks. The researchers theorized that the control group used the "double support time" as a compensatory strategy to gain greater control of gait and balance. The Parkinson's group did not use this strategy and therefore placed themselves at greater risk for falls, they said.

Among older adults, falls are the leading cause of injury deaths, according to the Center for Disease Prevention and Control. They are also the most common cause of non-fatal-injuries and hospital admissions for trauma.

Who Else Wants to Know How Walking Helps Heart and Brain?