Take Those Near Perfect Celebrity Pictures With a Pinch of Salt 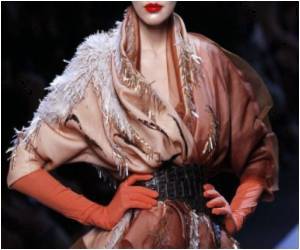 Sometime we agonize and feel jealous after viewing the beautiful and perfect looks of celebrities in fashion magazines, which could also leave us with unhealthy comparisons.

This is especially so during the growing years, among teenagers conscious of their appearance, and who look up to celebrities as their role-models. The perfect looks of celebrities in fashion magazines can actually hamper teens' body image and give them a complex, especially if they have begun to take the looks of stars very seriously.

AIDS claimed a string of celebrity victims in its early days, from Rock Hudson to Freddie Mercury, but fellow stars have played a major role in fighting the killer disease over the years since.
Advertisement

Parents must advice their growing children that these pictures we see in fashion magazines or even on the internet are far from perfect, and in reality are digitally altered using retouching software like Adobe Photoshop.


The software is capable of giving even an ugly ducking a virtual facelift to look like a swan. Tummy tucks, cosmetic surgeries, nose jobs, and almost  anything is possible with Photoshop, so one cannot take the photographs so seriously and suffer negative mental health problems.

Infact, regulators have suggested that such pictures of celebrities which have been digitally fine tuned must sport a warning label so that the younger generation can begin to view these pictures dispassionately.

Wanting to maintain a toned bottom and smooth and sculpted thighs is every woman's wish, and here to help are tips that celebrities received on how to get rid of cellulite.
Advertisement
<< High Blood Sugar can Negatively Impact Your Appearance
'Jordan Syndrome' Behind Exploding Boob Job Epidemic: Exper... >>

While women are highly likelier to lie about their appearance, men bluff about their jobs in online dating sites, a new survey has found.