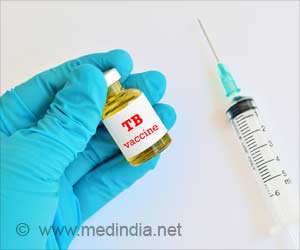 "In the spirit of this year's World TB Day theme of 'Wanted: Leaders for a TB-free world', I urge citizens and organisations to take the lead in the movement to end TB. A TB-free world is a wonderful service to humanity," Modi tweeted.

He also said that the government was working to make India TB free.


"While the world has set a target of 2030 for TB elimination, we in India want to become TB-free by 2025! At the recent Delhi End TB Summit, I spoke more about the subject," he said in another tweet attaching a news report of about his speech on TB on March 13.
Advertisement
The World TB Day is observed to raise public awareness about the devastating health, social and economic consequences of tuberculosis and to step up efforts to end the global epidemic.

The date marks the day in 1882 when Robert Koch announced that he had discovered the bacterium that causes TB, which opened the way towards diagnosing and curing this disease.