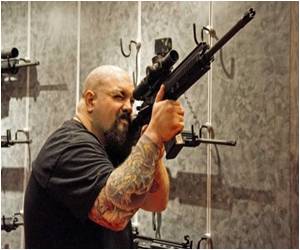 In the wake of the devastating school shootings in Newtown, Connecticut in December, three Harvard experts have called for a broad public health approach to curb gun violence in the U.S. drawing on proven, evidence-based strategies that have successfully reduced other public health threats like smoking, car crashes, and accidental poisonings.

The authors make the case for a comprehensive public health approach to gun violence in a viewpoint article published online January 7, 2013 in the Journal of the American Medical Association (JAMA).

For instance, in much the same way that media, celebrities, peers, teachers, and physicians worked together in the latter decades of the 20th century to "de-glorify" cigarettespreviously seen as symbols of power, modernity, and sexualityan analogous campaign "could justifiably equate gun violence with weakness, irrationality, and cowardice" and reduce its glorification in movies, television, and video games, the authors write.

"Gun violence is a public health crisis, and addressing this will require a comprehensive, multi-dimensional public health strategy," said lead author Dariush Mozaffarian, associate professor in the Department of Epidemiology at Harvard School of Public Health (HSPH). "Our past successes in reducing other harmful behaviors and accidents provide a set of evidence-based tools to address the many underlying root causes of gun violence."

Mozaffarian is a preventive cardiologist with expertise in lifestyle and behaviors. His co-authors include David Hemenway, professor of health policy at HSPH and an economist with expertise in gun violence; and David Ludwig, director of the New Balance Foundation Obesity Prevention Center at Boston Children's Hospital and professor of pediatrics at Harvard Medical School.

"Gun violence prevention has become highly politicized in the U.S.," said Ludwig, a pediatrician with expertise in child health promotion. "For this reason, we drew from past public health successes to craft an objective plan that could be considered for immediate action."

With more than 30,000 Americans killed by guns each year85 deaths per daysetting limits and regulations on gun ownership is just one aspect to be considered in curbing the violence, the authors say.

They offer more than a dozen recommendations, based on successful strategies used in other public health crises. For example, they suggest a new, substantial national tax on all firearms and ammunition, to more accurately reflect the true societal costs of gun ownership and to provide a stable revenue source to target gun violence prevention. Such a tax would function like the tobacco tax, which provides crucial funding for smoking prevention efforts.

Other "off-the-shelf" approaches to preventing gun violence can be borrowed from efforts used in the 1970s to prevent accidental poisonings, the authors say. In the case of potentially harmful drugs, child safety packaging was introduced. In the case of guns, a similar strategy would be the manufacture of "smart guns" with security codes or locking devices. Also, routine education and counseling by physicians and national networks for education and prevention helped significantly reduce childhood poisoning deaths; similar efforts could help curb gun-related deaths.

"Changing social norms is a fundamental public health strategy," said Hemenway. "For common products like cigarettes, cars, and guns, many individuals, groups, and institutions need to become involved. As 'friends don't let friends drive drunk,' similarly friends should help ensure that a friend going through a psychological crisis doesn't have ready access to a firearm until the crisis is over."

"Safety standards for gun ownership still represent one key facet of a comprehensive approach, just as automobiles and medications are widely used but subject to sensible safety policies," the authors conclude. "A coordinated, multi-dimensional public health strategy, informed by other public health successes, will reduce the risk of future tragedies like the Newtown shooting and the broader scourge of gun violence."

Spotlight Back on Mental Health Care in US Following Sandy Hook Shooting
The recent spate of shootings in the US, including last week's rampage at an elementary school in Sandy Hook, has once again turned the spotlight on mental health care.
READ MORE