Taj Mahal Replica To Be Built In Dubai 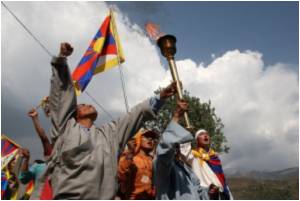 One of the developers of a replica of India's world-famous Taj Mahal said that it is four times the size of the original and that it is to be built in Dubai as what is to be billed as the world's grandest wedding venue.

It took the Mughal emperor Shah Jahan 22 years to build the marble mausoleum for his queen 360 years ago, but the copy, to be known as Taj Arabia, is expected to take only two years.

UP Police Ban Use of Gas Cylinders Around Taj Mahal

Police in Uttar Pradesh have banned the use of gas cylinders around the Taj Mahal to save the monument from environmental pollution and unforeseen mishaps.
Advertisement

The billion-dollar (767 million-euro) project will be set in the heart of the 41 million square foot Falcon City of Wonders on Emirates Road, said Arun Mehra, chairman of sub-developers Link Global Group, at the annual Cityscape Global real estate exposition in Dubai.


"Marriage is a celebration. It needs to be announced and glorified. Currently Dubai is not regarded as a wedding destination. People go to Bali and other exotic places to marry. Now they will come to Taj Arabia," Mehra told Gulf News.

The next time you visit Agra to watch Taj Mahal, don't mind if you have to walk half-a-kilometer distance for gaining entry.
Advertisement
Surrounded by lush green landscaping, including the famous Mughal Gardens, the "New City of Love" will have several architecturally themed residential and commercial buildings.

Taj Arabia will be a five-star hotel property with 300 rooms. It will be flanked by seven mixed-use buildings, two of which will have 200 serviced apartments.

"Traditionally in the UAE and the sub-continent, marriage is not just a union of two people but also their families. The serviced apartments beside Taj Arabia will be ideal for wedding guests as they will have 10 large bedrooms and a hall," said Mehra.

The Taj Mahal, a marvel in marble, and a symbol of love continues to enjoy its positions one of the - 'New Seven Wonders of the World.'
Advertisement
News A-Z
A B C D E F G H I J K L M N O P Q R S T U V W X Y Z
What's New on Medindia

Sinopril (2mg) (Lacidipine) Color Blindness Calculator Sanatogen Vent Forte (Theophylline) Drug - Food Interactions Drug Side Effects Calculator Accident and Trauma Care Find a Hospital Blood Donation - Recipients Diaphragmatic Hernia
This site uses cookies to deliver our services. By using our site, you acknowledge that you have read and understand our Cookie Policy, Privacy Policy, and our Terms of Use