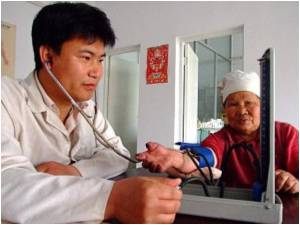 In order to gain more time to prepare a sound healthcare system, the Taiwan government has decided to postpone the implementation of a second-generation national health insurance program to January 2013.

This was reported in focustaiwan.tw.

The Cabinet on Tuesday announced the delay with Premier Sean Chen directing the Department of Health to complete the amendments to the existing law. All follow-up measures will have to be concluded before the end of June to pave the way for the new system, Cabinet spokesman Philip Yang said.


Chen also asked the department to step up promotion of the new program so that the public can better understand the changes, Yang said.

The department has proposed reducing the regular premium rates from 5.17 percent to 4.91 percent, Health Minister Chiu Wen-ta said at a news conference.
Advertisement
The rates are calculated based on the monthly salary of insured individuals.

Under the new program, a supplementary premium of 2 percent will be introduced in cases where the insured have income apart from their regular monthly salary, according to the department.

The new health program was slated to take effect in July, but the NHI Supervisory Committee and the NHI Medical Expenditure Negotiation Committee recently proposed that it be postponed to allow for better preparation.

At the news conference, Chen said that the two committees will discuss the regular premium rates before the department sends the proposal to the Cabinet for final approval, Chiu added.

'This is aimed at improving the quality of medical services,' Tai said.

The supplementary premium will help expand the program's finances so that new drugs and the use of advanced medical services can be covered under national health insurance, Tai added.

In recent years, this model has not kept pace with rising costs, and many people have branded it as unfair.

The health department subsequently came up with the idea of charging a supplementary premium that would tap into previously untouched forms of income, such as professional fees, rental income, and stock dividends.

Thousands of US Children Get Health Insurance Under Medicaid and Child Health Plus Plans
The Alliance of Communities Transforming Syracuse (ACTS) has helped add 8,000 children in the US to ...

Taipei Academics Support Health Insurance Premiums Based on Household Incomes for NHI Plan
Taipei academics argued that the government should scrap the supplementary premiums mechanism on ......