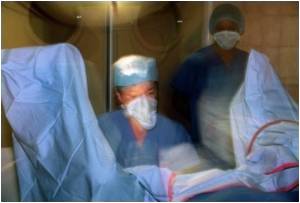 Taiwan health authorities on Friday said that the doctors may be banned from performing gender screening of fetuses in a bid to contain sex-selective abortions.

The bureau of health promotion said it was reviewing the issue after up to 3,000 female babies were presumed to have been aborted in Taiwan last year.


A government probe found that 10 out of every 11 babies delivered in a clinic in New Taipei City last year were boys, while nine out of 10 babies born in another hospital during the same period were also male.


Government officials suspected that doctors at the two medical institutions had carried out the abortions at the request of parents who had viewed ultrasound scans which allowed them to predict the sex of their baby.

Although such abortions are illegal, the practice is believed to be common on the island, as in China and some other Asian countries, due to traditional preferences for male children.

However, it rose for the first time in 11 years in the first half of 2011, partly after a string of incentives offered by the government.

Does Human Intervention Beat Natural Selection in India?
Sex-ratio at birth in families with previous girls is worse than those with a boy, in other words the sex-ratio is being manipulated by human interventions.
READ MORE

Abortion Does Not Increase Risk of Mental Problems
The rate of first time psychiatric contact before and after first trimester induced abortion is almost the same.
READ MORE