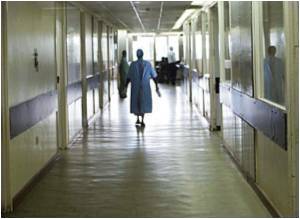 A premature baby has died after receiving an infusion contaminated with bacteria, a German hospital said Tuesday, the third infant victim after being placed on the drip.

The baby, born after only 24 weeks of pregnancy, died late Monday, said Norbert Pfeiffer, the director of the clinic in the western city of Mainz.

A health department investigation found that poor hygiene led to the deaths of six newborn babies at a Johannesburg hospital in May.
Advertisement

"This child was one of the five children who were in a critical condition. We feared the worst for this baby because it was born extremely prematurely," Pfeiffer told reporters.


The baby was one of 11 who received a tainted feeding drip on Friday. Two infants died a day later, although it is not clear the contamination was directly to blame, as they were already receiving intensive care.

Seven more babies have died this month of a blood infection in a Manila area hospital in June, a Philippine health official said Monday, amid a probe into sanitary conditions at the facility.
Advertisement
"At the current juncture, we do not know what the exact cause of death was," said Pfeiffer, adding that the body had been taken to a nearby facility in Frankfurt for an autopsy.

However, the director said the four other children who were in critical condition were no longer fighting for their lives.

"Happily, I can report that the other four, who showed signs of infection ... all improved overnight. Their condition has stabilised.

"For this reason, we do not believe we will have additional deaths," he said.

The bacteria were discovered by the clinic's microbiology centre.

Prosecutors have launched an investigation for possible charges of involuntary manslaughter and bodily harm.

600,000 Babies Could Be Saved By Improved Health Care

According to a study improved health care for women giving birth in poor countries could save about 600,000 of the two million babies who die every year.
Advertisement
<< Spanish Oil Spill Clean-up Workers Suffer from Chromosomal ...
Finland's THL Halts Swine Flu Vaccine Amid Narcolepsy Link F... >>