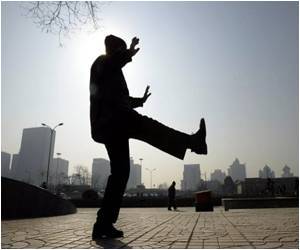 "Scientists have known for years that Tai Chi positively impacts physical and emotional health, but this small study also uncovered evidence that it might help cognitive functioning as well," said Stephanie Reid-Arndt, assistant professor and chair of the Department of Health Psychology in the School of Health Professions. "We know this activity can help people with their quality of life in general, and with this new study, we are encouraged about how Tai Chi could also help those who have received chemotherapy. I also hope this encourages more people to think about Tai Chi positively on a broader scale in their lives."

Tai Chi involves practicing slow motion routines and is based on several principles, including mindfulness, breathing awareness, active relaxation and slow movements. The emphasis on slow movement makes Tai Chi particularly suited to a wide range of fitness levels, which makes it very relevant for those who have had chemotherapy and might be experiencing physical limitations as a result, Reid-Arndt said.


The MU pilot study followed a group of women with a history of chemotherapy. The women participated in a 60-minute Tai Chi class two times a week for 10 weeks. The women were tested on memory, language, attention, stress, mood and fatigue before and after the 10-week sessions. According to Reid-Arndt, the results of the tests indicated that the women had made significant improvements in their psychological health and cognitive abilities.

"Tai Chi really helps individuals focus their attention, and this study also demonstrates how good Tai Chi could be for anyone, whether or not they have undergone treatment for cancer," Reid-Arndt said. "Due to the small size of this study, we really need to test a larger group of individuals to gain a better understanding of the specific benefits of this activity for patients who have been treated with chemotherapy and how significant these improvements might be." 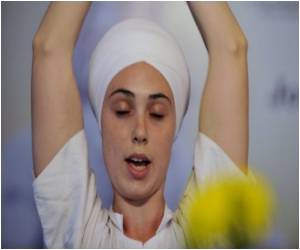 Tai Chi Prevents Falls, Improves Mental Health in Elderly
A review of medical studies gave the thumbs-up on to Tai Chi as a way of improving mental health in the elderly, but does not confirm other claims made for the Chinese martial art.
READ MORE