Motor control could be a biomarker that can be targeted by the mindful movement, such as Tai-Chi based training intervention to improve behavior in kids with Attention-deficit/hyperactivity disorder (ADHD), reports a new study. The findings of the study are published in the Journal of Developmental & Behavioral Pediatrics.

"The findings from this study provide support for a promising new avenue of behavioral intervention for children with ADHD and related difficulties, with mindful movement practice associated with improved ability to control attention and behavior. Crucially, the findings also suggest that mindful movement intervention contributes to parallel improvements in motor control, such that motor examination might serve as a valuable biomarker, helping to monitor response to this promising intervention," said Mostofsky.

There have been very few prior studies of mindfulness interventions for children with ADHD, and those prior studies relied exclusively on subjective outcome measures based on self- or parent-report. The findings from this study, revealing improvements in objective measures of motor control that parallel improvements in attention and behavior, provide crucial support for the potential for mindful movement practice for children with ADHD and related difficulties.

An important next step will be to conduct a follow-up clinical trial with a control condition to ensure that efficacy is specific to the mindful movement intervention. 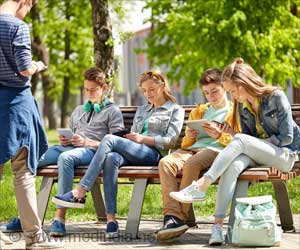 Heavy Use of Digital Media May Up Risk of ADHD in Teenagers
Increase in the use of digital media puts teenagers at risk of developing attention-deficit/hyperactivity disorder, says study.
READ MORE

Temper Tantrum in Children
Temper tantrum is an attention seeking behavior in young children who cannot control or express their emotions. It is a habit disorder and includes screaming, getting violent, crying and emotional distress.
READ MORE