Syrian Spends $600 Million on Tobacco Each Year Despite Ban

Smokers in Syria burn up about 600 million dollars on tobacco and cigarettes each year, despite a ban on advertising and smoking in public, according to statistics published on Monday. 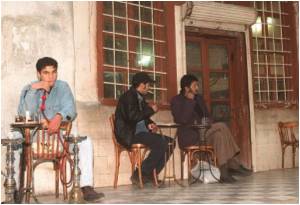 Syrian Spends $600 Million on Tobacco Each Year Despite Ban

"Each smoker spends about eight percent of his income to buy 3.6 kilogrammes (about eight pounds) of tobacco," it said.

The number of smokers in the Middle Eastern country has gone up by 15 percent, it said without elaborating, despite government attempts to counter the trend.

SANA said up to 60 percent of men and 24 percent of women still light up in Syria, which has a population approaching 20 million and where nargileh, or water pipes, are becoming increasingly popular.

A law came into force in 2006 banning smoking in public places and on public transport, and a year ago Syria introduced a ban on tobacco sales to those under the age of 19.

Approximately half the smokers die due to smoking -related diseases. But it is not just the smokers who are at the receiving end. The passive smokers too, often pay a heavy price. If you still have not 'kicked the butt', learn more horrifying facts ...