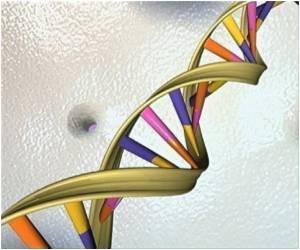 While the rest of the world debates 'synthetic life', Britons seem unfazed by all the hoopla surrounding the breakthrough.

The potential of synthetic biology exploded into the public realm just a month ago, when entrepreneur Craig Venter of the J. Craig Venter Institute in Rockville, Maryland, announced that he and his colleagues had made a live bacterium containing a completely synthetic genome.


"We expected people to be very wary of claims about creating synthetic life, but they weren't. They were quite relaxed about it, and seemed to see it as a natural extension of biological knowledge," New Scientist quoted Brian Johnson, the independent consultant who led the exercise, as saying.

"Those with disabilities or illness were most keen because of the medical potential, whereas others urged caution till the societal and ethical issues had been considered," said Johnson.

Participants were most concerned about who was doing the research, for what reason, and who will benefit.

Synthetic Life Comes Closer to Reality in the Lab
A new "engineered" strain of bacteria has been created by scientists, which is a development that can be described as a step towards the creation of "synthetic life".
READ MORE

Transplanting Entire Genome, Synthetic Life Not Far Away
Synthetic life might not be far away now, for US scientists have successfully transplanted the entire genome out of one bacterium, altered it, and reinserted it into a different bacterium.
READ MORE