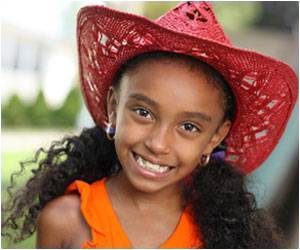 The myth that people with symmetrical faces are better looking has been set straight by a photographer, who studied the faces of 11 subjects.

Julian Wolkenstein, 38, from Exeter, Australia, took portraits of 11 people and made a symmetrical image using the right side of their faces, and another using the left - to show the hidden differences.

Facial clues can help in detecting whether a person is sincerely sorry or faking regret.
Advertisement

Interested by people's faces as art for some time, Wolkenstein's photographic and Internet symmetry project is part of his research into how people view one another.

Signs of Aging Evident in Facial Bones as Well

Wrinkles and sagging result not only from changes in the skin, but also from aging-related changes in the facial bones, says a new study.
Advertisement
"They have been studied by artists, painters and scientists for thousands of years and are such a unique feature.

"Part of my project has been to de-bunk the myth that symmetrical people are therefore better looking. Some of the symmetrical images don't look attractive at all," he said.

The resulting images might also show differences in the minds of the individuals.

"It is interesting to see which side is more taunt and more used, because that indicates which side of your brain might be more dominant," he said.

"It is also of course interesting to see that some people look nothing like themselves when the two left sides are joined into one, or the right sides, or both.

"There is something about the joined left and right images that our own brains tells us is the same person, but at the same time it can make you feel uneasy. You realise something is not quite right," he stated.

Now he is offering everyone the chance to divide their face to reveal their true symmetry with a new iPad and computer app.

"My website offers people the chance to do what I have done with my left and right split portraits," he explained.

"You can take pictures with your downloaded iPhone app or use a webcam in a few easy steps to symmetrical split your face," he added.

Certain beliefs about beauty and notions of what is attractive have been explained by an experimental psychologist at the University of St Andrews in Scotland.
Advertisement
<< 'Death and Cancer' In Cumbria Blamed on UK's Sellafield Nuk...
"Facebook Responsible for Anorexia": Vogue Editor >>

Nervous Tic
News Archive
News Resource
News Category
Milestone In Voluntary Blood Donation Achieved Samsung Reinvents Toilet for the Poor Which is a Better Form of Exercise: Daily or Weekly? First Phase of Foot-and-Mouth Disease Vaccination Shocking News: Polio Cases Return After a Decade in the US
More News
Sign up for Wellness Consult a Doctor Sign up for Selfcare

Pregnancy Confirmation Calculator Color Blindness Calculator Accident and Trauma Care Calculate Ideal Weight for Infants Iron Intake Calculator Drug - Food Interactions Daily Calorie Requirements Noscaphene (Noscapine) The Essence of Yoga How to Reduce School Bag Weight - Simple Tips
This site uses cookies to deliver our services. By using our site, you acknowledge that you have read and understand our Cookie Policy, Privacy Policy, and our Terms of Use