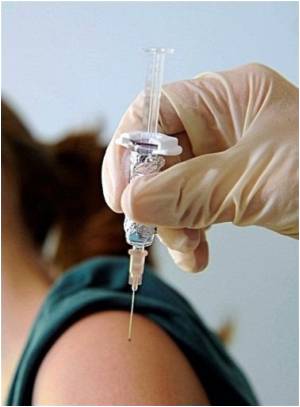 An European watchdog has linked a swine flu vaccine used in 2009-10 to increased risk of narcolepsy in children and teens in Sweden and Finland.

The European Centre for Disease Prevention and Control studied the effects of the Pandemrix vaccine on children in eight European countries after Sweden and Finland reported higher incidences of narcolepsy among children who were inoculated with the vaccine during the swine flu pandemic in 2009 and 2010.

"The case-control study found an association between vaccination with Pandemrix and an increased risk of narcolepsy in children and adolescents (five to 19 years of age) in Sweden and Finland," the ECDC said.


"The overall number of new cases of narcolepsy being reported after September 2009 was much higher in Sweden and Finland ... compared with the other countries participating in the study," it said.

The real challenge lies in convincing people about the goodness of the vaccine as a step towards disease control and public health preparedness.
Advertisement
In the six other countries -- Britain, Denmark, France, Italy, The Netherlands and Norway -- no link was found based on a strict statistical analysis, which tried to address media bias.

However, other confirmatory analyses did identify an increased risk, the report said.

The report included several recommendations for further study to try to distinguish between true vaccine effects and media attention.

An ECDC spokesman said that while the study did not quantify the increased risk compared with non-vaccination, national studies showed the risk of developing narcolepsy after taking Pandemrix, which is produced by British drug company GlaxoSmithKline, was around one in 20,000 for children and adolescents.

In Finland, 79 children aged four to 19 developed narcolepsy after receiving the Pandemrix vaccine in 2009 and 2010, while in Sweden the number was close to 200, according to figures in the two countries.

Both countries recommended their populations, of around five and 10 million respectively, to take part in mass vaccinations during the swine flu scare. Pandemrix was the only vaccine used in both countries.

Meanwhile, a recent study in the medical journal The Lancet said that between five and 17 people in Finland aged 0-17 are estimated to have died as a direct result of the 2009-10 swine flu pandemic, while the same number for Sweden was nine to 31.

In the past year, the Finnish and Swedish governments have both agreed to provide financial compensation for the affected children after their own national research showed a link between the inoculation and narcolepsy.

Sleep is the blissful state that rejuvenates our mind and body everyday and any deprivation often leads to a disorder that can affect our health
Advertisement
<< Socioeconomic Status Linked to More Advanced Thyroid Cancer...
African Naked Mole-rats May Offer Clues To Pain Relief >>