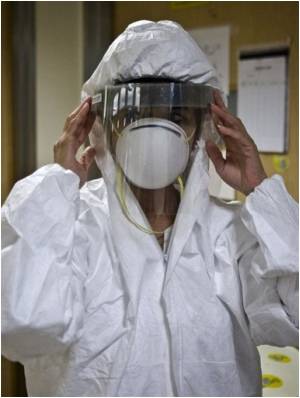 A survey conducted by researchers from Harvard in five countries showed that UK was not proactive in improving hygiene during the swine flu pandemic of 2009.

The five countries surveyed were Japan, Mexico, UK, the US and Argentina.

The survey revealed that people residing in the UK were the least likely to have gone the extra mile to take care of coughs and sneezes, traveling in public transport and staying away from people with flu symptoms.


Lead researcher Dr Gillian SteelFisher, from the Harvard School of Public Health in the US, said: "The wide variation between countries in our study shows that in the event of another serious outbreak of infectious disease, public perceptions have to be taken into account to best tailor and communicate policy approaches that need public support in each country."

An European watchdog has linked a swine flu vaccine used in 2009-10 to increased risk of narcolepsy in children and teens in Sweden and Finland.
Advertisement
<< Parents of 17-year-old Brain Dead Girl Decide on Organ Dona...
Jeremy Hunt Proposes Reduction of Legal Abortion Limit to 1... >>

Swine flu triggered panic here on Saturday, claiming one more life, as the number of cases are feared to be escalating.