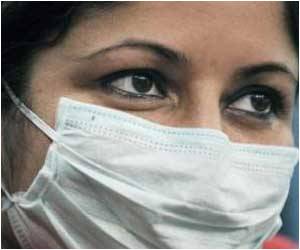 A strain of swine flu virus has been detected in Kathmandu and three other districts outside the Nepal capital, report sources.

Physicians at the Sukraraj Tropical and Infectious Disease Hospital here confirmed the outbreak after it was detected in blood samples collected in Kathmandu, Chitwan, Sindhuli and Khotang districts, Xinhua reported.


Gita Shakya, director of the National Public Health Laboratory in Kathmandu, said people do not have to worry about the disease as it can be cured if detected in preliminary stages.

Influenza (or rather, the flu) is a cold weather infectious condition that affects the young and old alike. Though most reported cases are mild, the flu can sometimes cause severe and life-threatening complications in both children and adults, thanks to wrong medications and improper vaccinations. Learn more about the disease from our Flu Quiz and guard yourself and your family from a poss
Advertisement
The reason behind the resurgence of the virus in Nepal was that several districts have been hit recently by viral fever, she said.

At least two dozen people have died due to viral fever in Nepal. "Of the total 24 deaths, some might have been died due to late diagnosis of the swine flu virus," Shakya said.

Sher Bahadur Pun, a doctor at the Infectious Disease Hospital, said some patients have also been diagnosed with both types of influenza A and B of the swine flu virus.

The virus usually attacks children and young people who have low immune capability against minor diseases.

In 2009, over 40 people died due to the outbreak of the virus in the country.

Health Risks of Eating Pork
News Archive
News Resource
News Category
JUUL E-Cigarettes Banned from US Market Busy Americans Get The Least Sleep At 40 Years Deepika Padukone Rushed To Hospital After Sudden Chest Pain Vegans, Vegetarians and Fish Eaters Have Better Memory Than Meat Eaters How to Reduce the Risk of Acute Kidney Injury By Drinking Coffee?
More News
Sign up for Wellness Consult a Doctor Sign up for Selfcare