Swine flu is killing fewer people than seasonal flu but is causing greater alarm due to its impact on children and higher healthcare costs, according to a top disease surveillance expert.

Denis Coulombier, who heads the European Centre for Disease Prevention and Control's preparedness and response unit, warned that a second wave of swine flu infections could be expected within weeks. 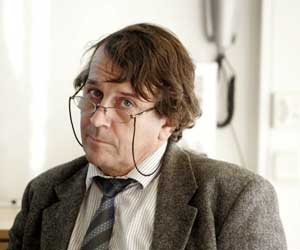 Dr. Denis Coulombier warns that a second wave of swine flu infections could be expected within weeks 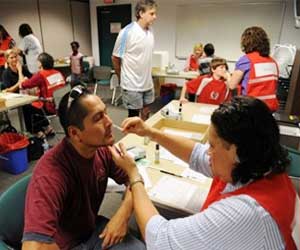 In an interview with AFP, Coulombier said the response to the virus so far had been appropriate, and it was right to prepare for "the worst plausible scenario".


"We had a period of anxiety because the first phase developed very, very quickly and the situation was unclear in Mexico" where the A(H1N1) virus was first reported, he said at the ECDC's Stockholm headquarters.

Is the world in the grip of its first influenza pandemic in forty years? It definitely seems so! The current swine flu or pig flu disaster traces its origin to the badly- hit State of Mexico.
Advertisement
"For several days, we were not very clear ourselves about the severity of the virus. But more facts emerged very quickly, and we realised the virus was circulating in the United States and therefore had been around for a while."

But he insisted: "We did well to prepare in the way we did. We must always prepare for the worst plausible scenario and the work that was done indicated the possibility of a very severe pandemic.

"So we did not make a mistake with our preparations, and the evolution (of the pandemic) is down to chance."

The ECDC, which monitors disease trends around the world, expects a second wave of A(H1N1) infection "in the coming weeks".

Coulombier said that A(H1N1) killed a very small proportion of those who caught it, at about 0.2-0.3 deaths per thousand -- a lower rate than seasonal flu, which kills around one patient per thousand.

The main difference between A(H1N1) and traditional flu is that the former has hit a part of the population -- children -- not normally affected by the seasonal version.

In contrast older people, who usually suffer from seasonal flu, have been relatively spared by swine flu.

This is possibly because A(H1N1) is an evolution of the H1N1 virus, which caused the deadly "Spanish flu" pandemic in 1918.

Coulombier said people who had come into contact with H1N1 had retained a certain immunity, although he stressed this was only a theory.

At least 4,525 people have died from swine flu since April and there have been more than 378,223 laboratory-confirmed cases globally, according to the World Health Organization, with most deaths occurring in the Americas.

"That's not nothing! Children of 12 dying is a major public health issue," said Coulombier, who intends to be vaccinated against the virus.

Admitting someone with a severe case of swine flu requires space in intensive care and equipment, including respirators, as well as medical teams, he added, citing the case of a patient from Scotland who had to be treated in Sweden.

"The good news, ahead of the second wave, is that there is no explosion of infections, we will not be beaten for speed," Coulombier added.

Imperial College London scientists have warned that pandemic swine flu can infect cells deeper in the lungs than seasonal flu can.

Hearing Loss Calculator Drug - Food Interactions The Essence of Yoga Indian Medical Journals Blood Pressure Calculator Find a Hospital How to Reduce School Bag Weight - Simple Tips Drug Interaction Checker A-Z Drug Brands in India Drug Side Effects Calculator
This site uses cookies to deliver our services. By using our site, you acknowledge that you have read and understand our Cookie Policy, Privacy Policy, and our Terms of Use