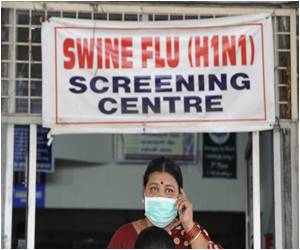 Two more succumbed to swine flu in New Delhi Friday, taking the death toll to 301 since January, an official said.

"Fifty-eight people have tested positive for Influenza A (H1N1) virus. One death was reported from Apollo Hospital and another from Jaipur Golden Hospital," a Delhi Health Service doctor told IANS.

Doctors said there has been a sudden spurt in swine flu cases.


This month, the virus infected 262 people, of which six have died. In January, 39 cases were reported and one succumbed to the virus.

According to the Delhi government, 78 swine flu cases and one death was reported in 2012.

Source: IANS
Advertisement
<< Potential Method for Preventing Infant Deaths Identified
Half Million Chickens To be Slaughtered In Mexico Over Bird... >>