Sweet Cravings can be Tackled by a Drug? 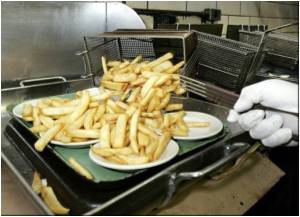 A new drug that will help people to curb their sweet cravings has been developed by Oz researchers.

Food stimulated the same reward pathways in the brain as drugs of addiction such as heroin and cocaine, said Michael Cowley, director of the Obesity and Diabetes Institute at Monash University, Melbourne.


He also said that for some people, food cravings were a major reason for weight problems.

"People who say they have food cravings tend to uniformly crave sweet food. The reward pathways of their brain are activated quite strongly when they eat sugary food," The Sydney Morning Herald quoted Cowley as saying.
Advertisement
Cowley's new drug works by changing the way the reward pathways react.

"We have developed a drug which works on those pathways," said Cowley.

"People who have used it in our trials have lost weight because they feel they have better control over what they eat. It changes the way their brain reacts to foods so they feel less compelled to eat," he added.

The US Food and Drug Administration are assessing the drug.

Professor Cowley insisted that the drug is not a magic bullet. Individuals need to take action on their diet and exercise levels, supported by federal, state and local government projects.

Source: ANI
Advertisement
<< Global Warming can Only be Fixed Temporarily by Aerosols
Critical Genes for Down Syndrome Identified >>