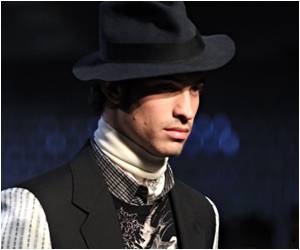 US clothing chain American Apparel has been accused of sexism by Swedish advertizing watchdog for including half naked women in its advertisements.

"We have received five or six complaints," said advertising ombudswoman Elizabeth Trotzig, who has the power to order the withdrawal of an advert.


Trotzig said consumers were shocked to see the brand advertising "unisex" shirts on its website, where the men were shown fully dressed in unassuming poses, while the women were shown in provocative poses wearing just panties with the shirt unbuttoned and nothing on underneath, or even just the shirt and nothing else.


Emelie Eriksson, a 24-year-old blogger whose post on the issue has been read by more than 100,000 people, said the advert was degrading.

"It's terrible to see how they portray women in their advertisement. On the female model it's not about the shirt anymore, the picture is sexist and degrading to women. You wonder what they want to sell," she told tabloid Aftonbladet.

But Trotzig said the complaints would probably not lead anywhere.

"The case might be out of our remit because the ad is not aimed at the Swedish market, even though it's accessible for Swedish consumers of course because Internet is global. But this ad does not appear on Swedish websites, and it doesn't include Swedish language and prices," Trotzig said.

American Apparel has sparked debate in the past over its racy advertisements in the US and abroad.

Swedish Company Designs Fashionable Collar That Doubles into Bike Helmet on Impact
A bicycle helmet, which is built into a fashionably large collar that is worn around the neck was .....