Suspected Health Attacks on American and Canadian Diplomats in Cuba 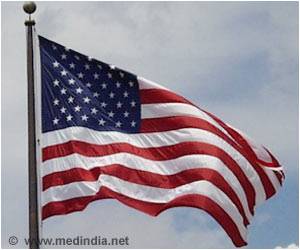 Brain abnormalities have been identified in American diplomats who have worked in Cuba. The diplomats are speculated to be victims of mysterious, invisible attacks in Cuba.The search for clues to explain the hearing, vision, balance and memory damage is still on.

It is speculated that whatever that has harmed the Americans has led to some perceptible changes in their brains. These findings have further ignited the claims of secret sonic weapon being used.

Advertisement
‘U.S government has officially reported: Most of the diplomats heard a high-pitched chirp or grating metal and even fewer of them recalled a low pitched hum. Some of them were wakened by the sounds, while others sleeping in the same room heard nothing.’

Doctors examining the U.S diplomats observed changes in the white matter tracts that led to different parts of the brain for communication. White matter is like information highways between brain cells.


Loud mysterious noises followed by a hearing loss and ear ringing have led the investigators to suspect some kind of "Sonic attacks." U.S government says that 24 of its government officials and their spouses started feeling ill last year. Doctors, FBI investigators, and U.S intelligence services are trying to figure out this mysterious puzzle.
Advertisement
These attacks are speculated to be specific in nature, and it seems that government officials are clueless about who is behind these health attacks. Few Canadian diplomats were also attacked.

According to Elisa Konofagou, a biomedical engineering professor at Columbia University - acoustic waves are not known to alter brain's white matter tracts.

On the other hand, the Cuban government has denied involvement in these health attacks and is, therefore, asking the Trump administration to present evidence. Though the medical details may help the U.S counter Havana's claims of non-involvement, the government still has no clue of who is or what is causing the attacks.

It was reported in August that U.S workers heard sounds in some parts of the rooms and more regional, these sounds were nothing like normal sounds, which usually disperses in all directions.

Some doctors have now come up with a name for such symptoms; it is called "directional acoustic phenomena."

Most of the diplomats have fully recovered, some of them are in rehabilitation, explained the officials. About of, one-quarter of them had a few symptoms that persisted for long or even remains to this day.

Physicians who were examining these diplomats found that they have also suffered from concussions, generally known to be caused by mild traumatic brain injury.

In order to limit the damage to its reputation, the Cuban government has urged the U.S to release information to what they have unexpectedly found. Cuban experts have also concluded that the American allegations are scientifically impossible.

U.S government have officially reported that: Most of them heard a high-pitched chirp or grating metal, and even fewer of them recalled a low pitched hum.Some of them have awakened by the sounds, while other sleeping in the same room heard nothing.

As vibrations accompany the sounds. The victims told the investigators that they felt a rapid flutter of air when windows of their car were partially rolled down and those worst off, knew then that something was going wrong in the body.

Some of them even developed visual symptoms after 24 hours, as they had trouble focusing on a computer screen.

Leading doctors are still clueless about the long-term medical consequences of this phenomenon and are now expecting the epidemiologists to make some headway by monitoring victims.

Hysterectomy Rates Decrease among U.S. Women
Women getting hysterectomies are lesser now, as they are choosing minimally invasive methods and ......

First Baby Born in the U.S. After a Uterus Transplant
The first birth as a result of a womb transplant in the United States has occurred in Texas, it is ....