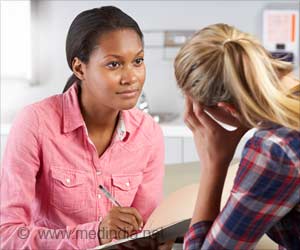 Cancer survival rate among adolescents and young adults dramatically increased due to improvement in the treatment of HIV/AIDS and related cancers, according to a new study published in JNCI Cancer Spectrum.

In a 2006 report, Closing the Gap, the National Cancer Institute Progress Review Group reported that from 1977 to 1997, adolescents and young adults (people between 15 and 39) demonstrated an alarming lack of improvement in cancer survival compared with other age groups.

Advertisement
‘Novel therapies should be identified for advanced stage cancers and survival improvements should reach all young patients irrespective of race/ethnicity or socioeconomic status.’
Read More..

The report served as a call to action. Thereafter several groups worked to improve outcomes for adolescents and young adults with cancer. These efforts included specific research initiatives and establishing an oncology discipline committee for this age group in the Children's Oncology Group and in other adult oncology cooperative groups.

Cancer types showing the greatest improvement in survival between the two time periods were Kaposi sarcoma, chronic myeloid leukemia, and non-Hodgkin lymphoma. There were no cancer types that had worse survival after adjusting for cancer and demographic factors. Both Kaposi sarcoma and non-Hodgkin lymphoma are cancers that disproportionately affect people with HIV/AIDS.

For all cancers, poorer patients had an increased risk of death compared to those of higher socioeconomic status; and like the racial/ethnic disparities, this risk increased over time. The largest risk factor for death in adolescents and young adults was stage of disease, with those with advanced stage cancer having the worst outcomes.

Even though the historical gap in survival improvement within this age group has largely been closed with the advent of effective treatment for HIV/AIDS, adolescents and young adults are a vulnerable population with unique challenges.

"This highlights that continued research is required in this vulnerable age group," said the paper's lead author, Diana Moke. "This research is necessary to improve survival in certain cancer types that have not shown any recent progress, find novel therapies for advanced stage disease in all cancer types, and ensure that survival improvements reach all young patients, regardless of race/ethnicity or socioeconomic status."