Liver transplantation candidates without hepatocellular carcinoma (HCC) have a greater survival benefit from a living liver transplant than waiting for a deceased donor liver transplant, shows study. The study now available in the October issue of Hepatology, a journal published by Wiley-Blackwell on behalf of the American Association for the Study of Liver Diseases, reports that survival benefit from LDLT remains significant across the range of model for end-stage liver disease (MELD) scores, but this benefit was not apparent for low MELD candidates with HCC.

Liver diseases such as hepatitis B and C, nonalcoholic fatty liver disease, and HCC can range in severity from mild to life-threatening liver failure. In end-stage liver disease, when patient life is at risk, transplantation is the recommended option. According to the Organ Procurement and Transplant Network (OPTN), as of September 2011 more than 16,000 Americans are on the waiting list to receive a liver. Between January and June 2011 OPTN reported 3108 liver transplants were performed in the U.S., with roughly 96% being DDLTs and 4% LDLTs.

Previous studies found receipt of LDLT to be associated with improved survival compared with waiting for DDLT, however it remains unclear whether this advantage persists in candidates with low MELD scores (less than 15). "In order to better inform liver transplant candidates of survival outcomes, our study investigated the mortality risk of undergoing transplantation using livers from living donors versus waiting to receive a deceased donor organ," explains lead author Carl Berg, M.D., with the University of Virginia Health System.


For the present study, data on liver transplant candidates and potential donors were supplied by transplant centers involved in the Adult-to-Adult Living Donor Liver Transplantation Cohort Study. A total of 868 adult liver transplant candidates were included in the study and were followed for a mean of 4.6 years. Living donors of the study candidates were evaluated between February 2002 and August 2009the period following MELD-based liver allocation. DDLT recipients transplanted at study centers were obtained for comparison during the same time period.

Mortality for LDLT recipients was compared to mortality of candidates remaining on the waiting list or who received DDLT, with categories of MELD score lower or greater than 15, and HCC diagnosis. Researchers reported that of the potential LDLT recipients, 453 had MELD scores lower than 15 and 415 were greater than 15. Transplantation was performed on 712 candidates (406 LDLT; 306 DDLT), 83 died without transplant, and 73 remained without transplant at the final follow-up.

"Dr. Berg and colleagues have provided very valuable new insights that will help answer the important question of optimal time to transplant. However, this study group was comprised of candidates who were deemed appropriate for LDLT and was not a randomized trial," said Julie Heimbach, M.D., an Associate Professor of Surgery with the Mayo Clinic College of Medicine in Minnesota, in her editorial also published in this month's issue of Hepatology. "Future studies validating quality of life outcomes following LDLT compared to prolonged wait listing or DDLT would assist physicians in advising patients and families in timing of and donor options for liver transplantation." 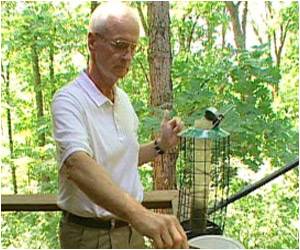 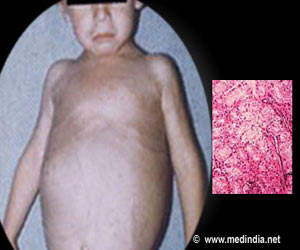