A UN official said that with inadequate data on the numbers of children trafficked for labour and sexual exploitation, India and Unicef are conducting a survey across the country to create a baseline for addressing these issues.

Unicef India Representative Louis-Georges Arsenault, addressing a press briefing here, said the government was in the process of surveying children across the country in a comprehensive manner.

In the first quarter of the year, 100,000 households were surveyed across several parameters. "The data will form an important baseline for addressing issues of children nationwide," he said.


The survey is slated to be completed in around six months.

Arsenault was speaking at the launch of the partnership between Unicef India and the Honorary Consular Corps Diplomatique (HCCD) India, a body formed out of the Vienna Convention.

The HCCD presented a token amount of Rs.500,000 on the occasion to Unicef India.

The partnership aims to work towards tackling problems of child malnutrition, child trafficking and labour and HIV-AIDS among children in India.

"Forty-seven percent of children in India are chronically malnourished, which leads to stunted cognitive growth. Malnutrition and sanitation are linked, as in India over 600 million people have no access to toilets," Arsenault said.

Unicef is working with the government to tackle child trafficking and child labour.

Arsenault said in Jharkhand, around 100,000 children, mostly girls, are trafficked as child labour and also for sexual exploitation. "The children are lured into employment as their families are poor. We are working with the government to stop child trafficking, identifying the children trafficked and rehabilitating them back into their communities," he added.

Unicef is also working with the Uttarakhand government in the aftermath of the flood disaster of June to help in the relocation of those found orphaned or lost.

The UN body is also helping to rebuild the social infrastructure in the state, where hundreds were killed in the flash floods and thousands are still missing, he said.

The official said Unicef is also helping create awareness about the government's various welfare programmes for the poor. "Most poor people are unaware about the welfare programmes meant for them. Once they know, they will not want to send their children to work in the fields as labour," he said.

The HCCD, comprising 67 members across eight cities in India, has, for the first time, come together to support a cause. The efforts to engage with Unicef to support its programmes will also be made at state levels, said Janice Darbari, honorary consul general of Montenegro. 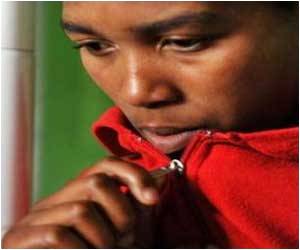 Child Trafficking to be Probed in Karnataka
Karnataka Minister for Women and Child Development P M Narendraswamy has assured an inquiry into reports that impoverished parents were selling their children for paltry sums.
READ MORE

BBC Defends LiLo on Child Trafficking Documentary
Lindsay Lohan's presentation of an investigative documentary on child trafficking has been defended by a BBC boss.
READ MORE 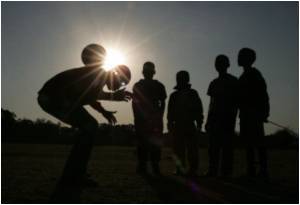