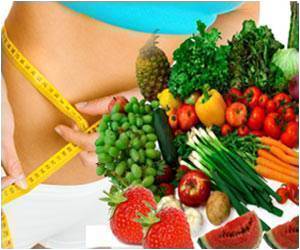 Known as Europe's most avid consumers of pork chops and sausage, Poles now eat the most fruit and vegetables according to a new study of 19 mostly northern European states.

"Only in Poland, Germany, Italy and Austria the recommendation of consuming 400 grams of fruit and vegetables per day was met," the study published on the EFIC website revealed.


France ranked a distant ninth in the survey with an average daily intake of 342 grams, trailing the above mentioned top four as well as Hungary, Estonia, Ireland and Belgium.

Follow these quick and easy health tips to stay active and healthy all through your life.
Advertisement
Icelanders got the lowest marks, eating just 186 grams of fruit and vegetables a day, behind Swedes (237 grams) and Czechs (253 grams).

The EFIC survey noted that geography played a surprising role in the way vegetables were eaten, with more vitamin-rich raw vegetables being consumed in the north.

"In the north, consumption of raw vegetables was higher, while vegetable soups were the main sources of vegetables in the south," the study noted.

It also wagged its finger, insisting "a majority of Europeans do not meet the WHO recommendations (400 grams minimum) for fruit and vegetable intake" increasing their risk of illnesses like cancer and cardio-vascular disease.

Anti-oxidant property of guava has recently been found be the highest amongst commonly consumed Indian fruits. Get rid of free radicals present in the body with guava.
Advertisement
<< Novartis Drug Lucentis Has Approval in China
Unsafe Pregnancy Terminations on the Rise >>

More News on:
Why Do We Eat - Nutrition Facts Diet Lifestyle and Heart Disease The Acid-Alkaline balance, Diet and Health Acid Base Dietary Balance and its Influence on Our Health and Wellbeing Nails - Health and Disease Fruits to Help Lower Blood Pressure Health benefits of bananas Snake Gourd Glory Radish - A Bountiful of Nutrition Fruitarian Diet