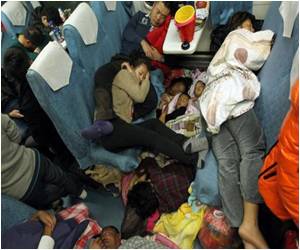 According to a recent survey young and middle-aged Chinese are worried about their health that cited stress, long working hours and difficulty in sleeping as the three biggest sources of health concerns.

The survey showed that 66.8 percent of young and middle-aged Chinese believe their health is poor.

A little over 44 percent of respondents said they feel fatigued, according to a report by Insight China, a magazine administered by Qiushi, the flagship magazine of the Communist Party of China (CPC) Central Committee.


The report surveyed 1,012 people between the ages of 15 and 60, with just 21.1 percent of respondents indicating that they are satisfied with their physical and psychological well-being, reported Xinhua.

"The survey indicates that people's health conditions are not optimistic," the report said.

CDC Report Finds Women Tend to Worry More Than Men
A new report released by the Centers for Disease Control and Prevention revealed that women tend to ...