Survey Says Asia to Have Most Millionaires 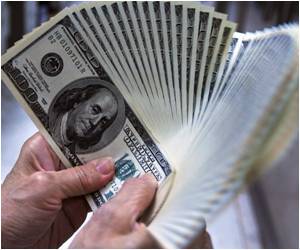 A new report reveals that Asia will have the world's largest number of millionaires as early as next year.

With strong growth and high saving rates, the wealth of the region's millionaires will grow by an annual average 9.8 percent and reach nearly $16 trillion in 2015, according to the wealth management unit of Royal Bank of Canada.

Despite concerns of devaluing asset prices due to capital outflows triggered by Fed tapering, Asia is set to lead the world in the number of millionaires and their total wealth, the bank said in a report prepared with consulting firm Capgemini.


"The region's high net worth population and wealth has increased by 31 percent and 27 percent respectively since 2007, far outpacing growth in the rest of the world of 14 percent and nine percent," George Lewis, group head of RBC Wealth Management, said in a statement.
Advertisement
The number of millionaires in Asia surged by 9.4 percent year-on-year to 3.68 million in 2012, still trailing North America's 3.73 million.

Millionaires in the report are defined as individuals with investable assets of $1 million or more, excluding residence, collectibles and others.

Asia's continual population growth, and economic growth expected to continue outperforming the rest of the world, would help it take the lead as early as next year, according to Eric Lascelles, chief economist of RBC Global Asset Management.

He said the Fed's tapering plan could create "hiccups" but would not affect the trajectory of growth in the region.

The bank said Japan saw the slowest growth in its millionaire population last year among Asian economies, with only a 4.4 percent increase in 2012 compared to the previous year.

Hong Kong topped its Asian peers in the growth of both millionaire numbers and their investable assets in 2012. The number of millionaires rose by 35.7 percent year-on-year while their wealth grew by 37.2 percent.

The firm said the big jump was largely caused by an influx of capital from mainland China as well as rising asset prices.

Majority of Millionaires Think They're Not Rich
A new study has revealed that majority of millionaires don't consider themselves rich....

Millionaires Home: Asia-Pacific
A report released on Wednesday showed that boosted by a rise in the number of wealthy in China and ....

Average British Men to Turn 'millionaires' by 51 While Women to Wait Until 72: Study
A study has revealed that an average British man will have earned a total of one million pounds by ....