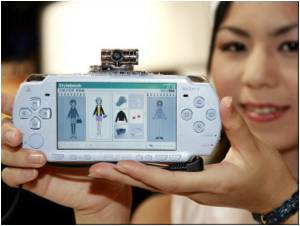 A survey has found that the "secret savings" of Japanese housewives hit a three-year low in 2010 as they were forced to compensate for slumping family incomes with the hidden reserves.

The value of "hesokuri" -- the cash and investments that housewives stash away without telling their husbands -- came to an average 3.08 million yen ($37,520) last year, a unit of Sompo Japan Insurance Inc. found in a survey.

It was the lowest level since 2007, according to the survey carried out in mid-December, covering 500 housewives across the nation who were on average 39.7 years old.


"Hesokuri" is a common practice in Japan, where married women tend to stay at home to look after their families' domestic needs and squirrel away a small portion of their husbands' salaries as discretionary money.

Adolescent depression is an ailment that occurs during the teenage characterized by persistent melancholy, disappointment and loss of self-esteem.
Advertisement
But many of the respondents said they had to use more of the secret funds to pay daily bills last year, as family incomes and bonuses decline at a time of economic fragility for Japan.

In 2010 43 percent of housewives said they were able to secure "hesokuri", with the largest individual savings standing at 35 million yen compared with 100 million yen a year ago, the poll showed.

Depression is a common disorder and many worldwide suffer from depression. Early recognition of symptoms and signs of depression can help in taking a holistic approach to the management of depression.
Advertisement
Advertisement
This site uses cookies to deliver our services.By using our site, you acknowledge that you have read and understand our Cookie Policy, Privacy Policy, and our Terms of Use  Ok, Got it. Close
×