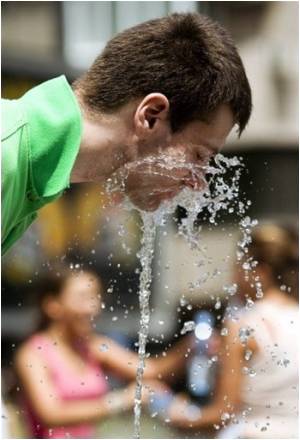 A new survey has found that drinking fountains in public parks are drying up, while just 11% of green spaces can support water fountains.

Conducted by the Children's Food Campaign, the survey said that the lack of drinking fountains deprives kids of much-needed water or forces them to turn to fizzy drinks.


"At a time when we are fighting an obesity crisis in the UK, it is essential children readily have access to free, safe drinking water in schools and public parks," said Dr Vivienne Nathanson, head of science and ethics at the British Medical Association.


The survey was conducted on 127 parks in England, eight in Scotland, two in Wales and two in Northern Ireland. It also found that just two-thirds of the fountains actually worked and that only eight parks had all fountains in working condition.