Survey Finds 85 Percent of US Adults Own Cellphone 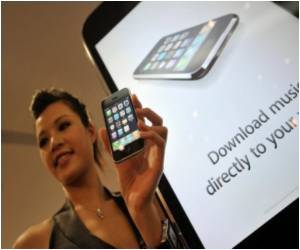 A new survey has found that mobile phones are the most popular gadget among adult Americans followed by computers, digital music players, game consoles and electronic book readers.

The survey by the Pew Research Center's Internet & American Life Project found that 85 percent of Americans 18 and older own a cellphone and 90 percent of all adults live in a household with at least one cellphone.

Fifty-nine percent of American adults own a desktop computer, 52 percent own a laptop computer and four percent own a tablet like Apple's iPad, Pew said in the study, "Generations and their gadgets."

Five percent own an e-book reader like Amazon's Kindle.
Advertisement
Only nine percent of those surveyed do not own any of the devices although the percentage of "gadget-less" rises to 20 percent among Americans aged 66 to 74 and to 43 percent among those 75 or older.

Americans between 18 and 34 were more likely to own a laptop computer (70 percent) than a desktop computer (57 percent). Only 28 percent of Americans 75 and older own desktops and only 10 percent own laptops.

Digital music players are most popular among the 18 to 34 crowd with 74 percent of so-called "Millennials" owning one, Pew said, and the percentage decreasing steadily by age.

Game consoles are equally popular among adults aged 18 to 34 and those 35 to 46, with 63 percent of both age groups owning the devices and the number falling to 38 percent among those between the ages of 47 to 56.

Pew said the survey of 3,001 American adults was conducted in August and September and has a margin of error of plus or minus three percentage points.

The Essence of Yoga Drug Side Effects Calculator Sinopril (2mg) (Lacidipine) Selfie Addiction Calculator Diaphragmatic Hernia Blood - Sugar Chart Accident and Trauma Care Color Blindness Calculator Turmeric Powder - Health Benefits, Uses & Side Effects Post-Nasal Drip
This site uses cookies to deliver our services.By using our site, you acknowledge that you have read and understand our Cookie Policy, Privacy Policy, and our Terms of Use  Ok, Got it. Close
×