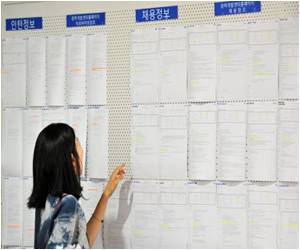 In a survey of school from five major developing 'BRICS' nations, Chinese universities have led the rankings despite problems and restrictions on academic freedom.

China took six of the top 10 slots in a study of schools there and in Brazil, Russia, India and South Africa by the London-based rankings firm QS.

The report placed Tsinghua and Peking University, both in Beijing, in first and second place, and said China was "the most likely of the BRICS nations to achieve its goal of developing world-class universities".


Brazilian institutions took two of the top 10 spots, with Russia and South Africa on one each.

China has invested heavily in higher education in recent decades with the aim of producing globally competitive schools.
Advertisement
Spending on higher education tripled in the 10 years from 1996 and the sector is now the world's largest, QS said in its report.

China's performance in the rankings was helped by its academics' prodigious production of research, it said.

"The key question for China is whether this massive output of research papers will turn in time into influential discoveries cited around the world. It seems from these results that China's top universities are managing this feat, but it may be harder to replicate across the system as a whole," QS said.

It also noted that in its overall world rankings, Tsinghua trails in 48th place, and said "the BRICS countries are still a long way from competing with the elite higher education systems of Europe, Australia, the US, Singapore or Hong Kong".

Problems remain in Chinese academia including widespread research plagiarism, a lack of political autonomy at universities and an overemphasis on personal connections.

Xia argued that he was dismissed for his political views. He had joined hundreds of intellectuals, dissidents and others in signing the Charter 08, a document urging pluralist democracy in China which infuriated the ruling Communist Party.

Chinese universities accounted for 71 of the total 200 entities ranked by QS, followed by Russia with 53.

QS measured schools by eight factors, primarily academic reputation which was weighted at 30 percent, employer reputation and faculty-to-student ratio each at 20 percent, followed by "staff with a PhD" and "papers per faculty" at 10 percent each.

It determined academic reputation based on a "major global survey of academics, who are asked to identify the top-performing universities in their own field".

In third place was Lomonosov Moscow State University, followed by three Chinese schools -- the University of Science and Technology of China, Fudan University and Nanjing University.

India had only 20 universities and institutions among the 200 ranked, compared to 11 for South Africa with a far smaller population. Its highest ranked university was the Indian Institute of Technology Delhi in 13th place.

"The Indian university system is a strong on a national scale, but our data shows that it holds little attraction for globally mobile students and academics," QS said.