Surgery may be More Effective to Treat Obesity, Type 2 Diabetes in Adults 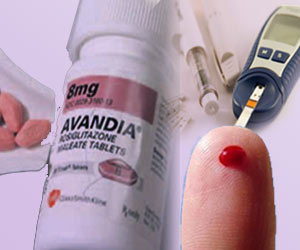 A new research compared the effectiveness of medical therapies and surgical procedure of type 2 diabetes in adults and found surgical intervention to be more effective. The research, led by Thomas H. Inge, MD, PhD, director of the Bariatric Surgery Center at Children's Hospital Colorado (Children's Colorado), and Philip Zeitler, MD, PhD, chair of endocrinology at Children's Colorado, is published in the March issue of JAMA Pediatrics. .

The recent study consisted of a secondary analysis of data from two longitudinal studies: Treatment Options for Type 2 Diabetes in Adolescents and Youth (TODAY) and Teen-Longitudinal Assessment of Bariatric Surgery (Teen-LABS).

Led by Dr. Zeitler, the National Institutes of Health (NIH)-funded TODAY trial ran between 2004 and 2009, and included 699 adolescents with type 2 diabetes from 15 centers across the U.S. The study was to determine which medical therapies were most effective at controlling type 2 diabetes in youth. Participants received metformin therapy alone or in combination with rosiglitazone. While addition of rosiglitazone to metformin reduced the loss of glycemic control by 23 percent, progression of diabetes was more rapid than in adults and neither medication prevented progression of diabetes or related complications, including cardiovascular risk and kidney damage.


"There has been a substantial increase in type 2 diabetes in the pediatric population, with more than 5,000 children and youth under the age of 20 diagnosed each year," said Dr. Zeitler. "Because of this increase and the potential medical complications that can accompany this condition, therapies are urgently needed that will achieve better control over blood sugar levels than standard medical management has in studies to date."

The NIH-funded Teen-LABS study led by Dr. Inge examined 242 adolescents who underwent bariatric surgery at five U.S. centers between 2007 and 2012. Thirty of the participants had type 2 diabetes at the time of their surgery. Data from this group of 30 was matched to 65 severely obese TODAY participants.

In comparing the data, the researchers found that adolescents with severe obesity and type 2 diabetes who received medical management experienced modest weight gain, progression of their type 2 diabetes, and no improvement in cardiovascular risk factors after two years. In contrast, the majority of adolescents who underwent surgical procedures in the Teen-LABS study experienced significant weight loss, normalization of blood glucose, and improvements in markers of cardiovascular health and kidney function over the same time period.

"The results of this study are certainly encouraging in terms of the potential benefits of bariatric surgery for severely obese adolescents with type 2 diabetes," said Dr. Inge. "While we were examining a relatively small number of participants, our hope is these findings will be useful to those contemplating bariatric surgery for their adolescent patients. We still have much to learn about the long-term effects of surgery relative to medical therapy, but our hope is this research will open the door for longer-term assessments of health outcomes related to both types of treatments." 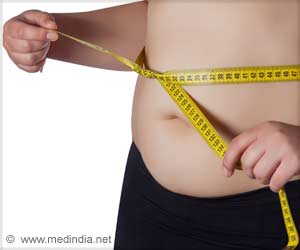 Diabetes, Obesity, Mental Health Issues  Impact of Economic Recession
The great recession of 2008 has several health consequences. It has led to an increase in obesity, diabetes, and mental health issues. A decrease in smoking and drinking, as well as fruit intake, is also observed.
READ MORE
Diabetes at Younger Age Linked to Heart Disease and Stroke
Type 2 diabetes is highly prevalent in adolescents and younger children due to obesity and it can lead to the death of individual due to heart attack and stroke.
READ MORE