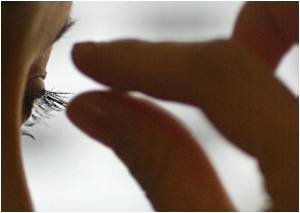 A serious error of an eye surgeon has made a four-year old, Jesse Matlock suffer trauma as he waits to find out if his sight has been permanently damaged.

The little boy from Vancouver, Wash., had been a patient of Dr. Shawn Goodman in Lake Oswego, Ore., right from the time his parents discovered he had a wandering right eye. He was scheduled for surgery at the Legacy Emanuel Medical Center in Portland, Ore just a few days before his fourth birthday.

Dr.Goodman operated on the wrong eye, and then after getting a nurse to cursorily inform the waiting parents, without an explanation, that the other eye was also going to be operated upon, carried on with the operation on the correct eye.


It was then that Goodman came out to explain to the parents her error, which she did in medical terms at first. After they insisted on an explanation, she told them that she had lost her sense of direction during the procedure because a nurse had mistakenly covered the mark Goodman had made on the eye that needed the surgery.

Interactive section of Medindia gives general information about Laser Eye Surgery
Advertisement
The hospital CEO, Dr. Lori Morgan regretted that procedures to help prevent mistakes like this had failed in Jesse's case. "We have a critical incident team that will be responding to it, that will be interviewing all of our staff in the operating room as well as private practice physicians in the operating room that were involved. Our hope is to never have it happen again in any of our hospitals."

Jesse's parents want everyone to know their son's horrendous experience not because they want to be vindictive or because they want compensation, as some have thought. "We're just doing this for our kid. We're speaking out for our kid because nobody else can." And so that, no other child would go through a similar experience. They are thinking about taking the matter to court.

Meanwhile, Jesse has to wait for five more weeks to know if there has been permanent damage done. Both the eyes, now, seem to have the same problem of wandering. He has to wear dark glasses.

His mother says, "He is very aware that she [the doctor] made a mistake. He's a soldier though, going on like nothing happened. He wants to run and play."