Surge in Gigolos in Tricity 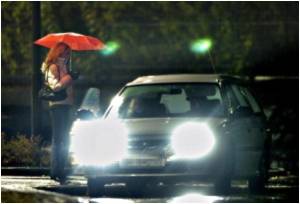 There has been a surge in the number of gigolos in Tricity , according to a recent survey conducted by social activists , which showed that numbers have increased from 75-100 last year to about 400 this year.

The survey which quizzed 50 gigolos to understand their behavior and awareness about sexually transmitted diseases, found that 40% of the gigolo population were from Punjab and Haryana.

Economic problems were found to be the main reason behind some of them getting into the profession , the survey revealed.


"We discovered that they are a very cohesive and well-organized group. They have a code of conduct. Most tend to have some other occupation also,'' revealed the survey team's leader, Dr Avnish Jolly.

Swiss Prostitutes can Now Save Heart Patients from Dying!

Swiss prostitutes have picked up the manner of using defibrillators in order to save clients with heart problems from breathing their last in the brothels.
Advertisement
He added, "Our assessment period was between May to December 2010. We were surprised to discover that 28% of the youths involved in this happened to be bouncers working with various Tricity-based discotheques and lounge bars. A lot of single girls and women try to influence them to get into the lounges and bars they work at. That leads to these men getting close to them over a period of time.''