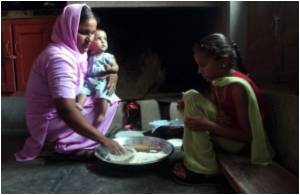 Indian villager Neelam Diyal was nine months pregnant when she felt an ominous stillness in her womb -- her baby wasn't moving. She knew she needed medical help fast.

"I'd learned from the health worker that when the baby was quiet like that it was a very bad sign," says Diyal, 30, whose foetus was in a breech position and needed an emergency delivery. 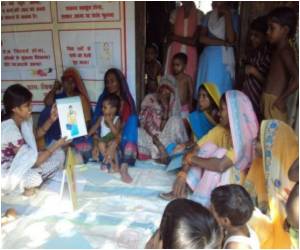 A project funded by the Bill and Melinda Gates Foundation, is seeking to educate health workers and women in villages 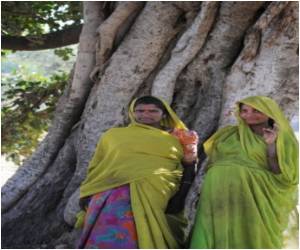 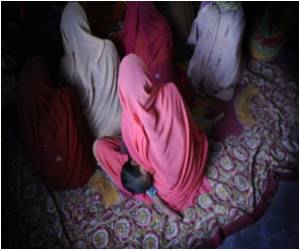 "I rushed to hospital and they did a Caesarian and now I have my boy," Diyal says, proudly cradling her sleeping four-month-old son at a school in Hardoi village, in northern Uttar Pradesh state.


India is one of the world's worst places to be a mother. A quarter of all maternal and newborn deaths occur in India -- 78,000 mothers die giving birth every year and a million babies die within their first month of life.
Advertisement
Sure Start, a project funded by the Bill and Melinda Gates Foundation, is seeking to educate health workers and women in poor villages about danger signs for pregnant mothers and newborns.

Launched in 2006 in Uttar Pradesh and western Maharashtra state, the project aims to supplement scanty training of government health workers so they can do lifesaving trouble-shooting.

"We aren't trying to reinvent the wheel, we're working within the system to enrich the knowledge of government health care workers so they can spot danger signals better," says Sure Start head Shilpa Nair.

"We utilise existing resources -- it's more cost effective," she adds.

The 25-million-dollar programme works in villages where there are no paved roads and homes are one-room, unfurnished mud and thatch huts.

The danger signs the the health workers and mothers are taught to watch for are basic -- unusual discharges, lack of foetal movement, headaches or high fever.

"So many times the health worker, the mother or family members dismiss symptoms as 'just something that happens' in pregnancy and then the mother dies, the baby dies or both die," Nair says.

As part of its work, Sure Start encourages pregnant women to assemble a basic childbirth kit.

"I've got one ready for my baby," says Krishna Manohar, 20, nine months pregnant with her first child.

Dressed in a bright pink sari, Manohar shyly displays the contents of a white plastic bag -- a soap bar, a sterile razor blade to cut the umbilical cord and a clean cloth to wrap the baby.

The scheme also encourages women to put aside a small sum for emergencies when the baby comes. Even the poorest manage to scrape a little money together and where the woman is unable, the community often helps.

Manohar has saved 150 rupees (just over three US dollars) in a small red purse.

One custom holds it is unlucky to announce a pregnancy, meaning fewer women seeking prenatal care. Other pregnant women fast in the hope that it will produce a son.

Babies have died because the umbilical cord -- instead of being left dry -- is smothered in traditional oils and gets infected.

Many newborns die from infections they get after being given sips of goat's milk or honey instead of breast milk.

"I just thought my milk wasn't good enough for my baby," Santosh Devi, 22, tells a mother's group where posters on the wall tell them to breast feed exclusively for the first six months.

The programmes use dolls on which women can practise wrapping their babies warmly. Women sit in circles, swap stories, listen to the health workers' advice and sing songs about how to have healthy babies.

"People here used to think childbirth was unclean and so when we delivered we were taken to the dirtiest place in the house where they kept the cows," says Kalma Devi, 35.

She had her third child in a hospital after delivering the first two at home.

Save the Children says 74 percent of maternal deaths in childbirth could be avoided if they had care for complications.

Some women's husbands are reluctant to let them leave the house to attend the education meetings so the mainly male village council, which has also been drafted into the Sure Start scheme, comes to persuade them -- sometimes threatening them with social isolation if they refuse to let their wives go.

Now those in the villages where Sure Start operates are much more aware of safe delivery practices, district medical officer Dr A.K. Singh told AFP at his rural clinic.

But the schemes target just 24.5 million in a country of 1.2 billion people.

"Where this programme operates we see women getting much better care but the situation in other parts of the countryside is desperate. We need programmes like these all around the country," Singh said.

More News on:
Breech Presentation and Delivery Pregnancy Exercises and Massages Bereavement The Magic Feeling of Being A Mother Remedies to Treat Diabetes Naturally