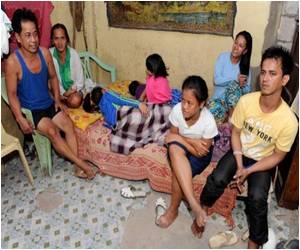 A controversial birth control law was suspended by the Philippines' highest court that had met fierce opposition from the powerful Catholic Church.


The order "stops implementation of the reproductive health law for 120 days," Te said, after a closed door session of the justices.


Te did not comment on the merits of the case, saying only the court had issued the suspension to allow petitioners against the law time to present their oral arguments on June 18.

President Benigno Aquino's office said the government respected the high court's order, but stressed it was optimistic the Supreme Court would eventually ratify the law.

"We will observe the... resolution issued by the Supreme Court and we are confident that the government will be able to defend the merits of the Responsible Parenthood Law," Aquino's spokesman, Edwin Lacierda, told reporters.

The Catholic Church and pro-life groups were however quick to welcome the decision, saying they interpreted the court's decision as backing the merits of their argument.

"We deem it as a victory, but not a final victory yet," Eric Manalang, president of Pro-Life Philippines, told AFP, describing the law as "evil".

After more than a decade of opposition by the influential Catholic Church, legislators passed the measure late last year and it formally took effect in January.

Church-backed religious groups had lodged at least six petitions with the Supreme Court seeking to overturn the law, arguing it was immoral and openly promoted promiscuity by mandating sex education be taught in schools.

The Catholic Bishops Conference of the Philippines (CBCP) has since called for a "morality vote" in the May mid-term elections against legislators who voted for the passage of the law.

More than 80 percent of the country's 100 million population are Catholics, making it Asia's bulwark of the faith.

Health Ministry Launches Special Screening to Detect Birth Defects in Children
Special screening for early detection of birth defects in kids has been launched by scientists....

Virtually Unknown Virus Responsible for Congenital Birth Defects
A virtually ignored virus, that most of us carry, is thought to be the top cause of congenital ......

Woman With Five Organ Transplants Gives Birth to a Girl Baby
Fatema Al Ansari becomes the first woman with five organ transplants to give birth to a healthy ......