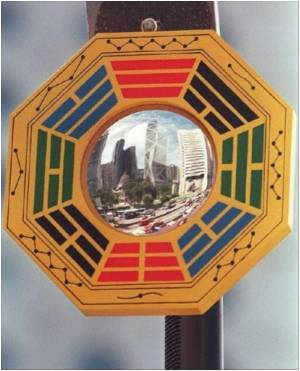 From the compatibility of her groom, to the timing of her wedding and the naming of her child, Shen Yi-ching has always turned to fortune tellers for guidance on life's big decisions.

"It's for good luck and peace of mind. I'd rather be safe than sorry," said Taiwanese teacher Shen, 38, whose parents consulted a soothsayer to pick a name with an auspicious arrangement of Chinese characters for her.

Exorcism  Driving Out the Devil

Exorcism or the ritualistic act of driving out evil spirits is a special type of faith healing. The heated Psychiatry vs Exorcism debate still goes on....
Advertisement

Young and old, rich and poor, ancient spiritual practices and folk beliefs still sway daily life for many across Asia despite the region's rapid modernisation.


In ethnic Chinese communities, and societies where their influence remains strong such as Korea and Thailand, the age-old art of feng shui commands a huge following when it comes to seeking ideal homes, offices and burial sites.

Solar eclipse is traditionally linked to myths and superstitions. However the trends are slowly shifting, thanks to the scientific community.
Advertisement
Many of Hong Kong's skyscrapers were built in line with feng shui 'rules', while the direction of the world's biggest observation wheel in Singapore was reversed after warnings it was sapping good fortune from the city-state.

"People who are not doing well want to reverse their bad luck, and people who are successful want to retain their wealth," said Dave Hum of Singapore's Classical Feng Shui Consultancy.

A court in the city earlier this month rejected a "thoroughly dishonest" claim by a bartender-turned-fortune teller who laid claim to her estimated $13 billion estate.

Some Chinese are willing to pay extra to register phone numbers and car plates containing the number "eight" simply because it sounds similar to the word for "lucky" in Mandarin and Cantonese.

Conversely, the number four is avoided as it is pronounced almost exactly like "death".

China's Sichuan Airlines paid about $280,000 to register the phone number 8888-8888 while Singapore's Marina Bay Sands and Resorts World Sentosa casinos both opened on the dot at auspicious times ending with eight.

In Taiwan, birth rates always fell sharply in the years of the Tiger because of a belief that babies, especially girls, born to the sign are less lucky as they bear the animal's fierce attributes.

Just as the Chinese consult the Lunar Calendar, Indonesia's Javanese people turn to their ancient calendar, created during Mataram Kingdom in the 17th century, before making important decisions.

Imam Syafei, a 35-year-old construction contractor, said he always fasts on his birthday to avoid misfortune and times the start of new projects according to the calendar.

"If the beginning is good, then the goodness will follow," he explains.

Most Indonesian conglomerates reportedly have sent representatives to Mount Kawi on the East Java province, where believers make offerings to seek fortunes for their business.

Indians too are ardent followers of astrology and numerology, which uses numbers and alphabets to predict the future, deferring to the techniques for everything from sealing business deals to picking the title for a Bollywood movie.

"People are much more insecure today, and when they see numerology work for others, they want to try it out for themselves," said Mumbai-based numerologist Sanjay B Jumaani.

Jumaani said he came up with the names for some of 2010's biggest hits, including one with the simple addition of an extra letter to the spelling of Mumbai in the film "Once Upon a Time in Mumbaai".

The services of witch doctors remain popular in multicultural Malaysia while in hi-tech Japan, Shinto priests hold purification rites for new bullet trains and many entrepreneurs are said to seek the advice of palm readers and star gazers.

Perhaps nowhere defers to the stars quite like Sri Lanka, where the country's name was once modified to "Shri Lanka" by then president Ranasinghe Premadasa, after astrologers warned bad vibes from original spelling augured ill for him.

Both the military and the Tamil Tiger rebels, crushed in 2009, were said to have consulted astrologers before mounting attacks against each other at the height of the separatist war.

"People don't always have the power to solve their problems so they resort to superstition as a way out," said sociologist Chudamani Basnet in Nepal.

"The belief in a higher power that you can appease by offering it something can be reassuring."

Jumaani, the Indian soothsayer, even has a suggestion on ending India's violent insurgency in the border region of Kashmir.

"They should change its name to Kashmiar," he told AFP. "Nothing else has worked so far, why not give this a shot?"

The Magic of Numbers?

Born on 11.01.11, at 11 am 01 minute 11 seconds. Too much of a coincidence? Not exactly. Just a planned event, supported by cooperative doctors.
Advertisement
<< Doctors Claim Having Abortion Safer Than Having Baby
29-yr-old Woman Set To Become Britain's Youngest Grandmothe... >>

Turmeric Powder - Health Benefits, Uses & Side Effects The Essence of Yoga Post-Nasal Drip Accident and Trauma Care Noscaphene (Noscapine) Diaphragmatic Hernia Blood Pressure Calculator Selfie Addiction Calculator Find a Hospital Blood Donation - Recipients
This site uses cookies to deliver our services. By using our site, you acknowledge that you have read and understand our Cookie Policy, Privacy Policy, and our Terms of Use