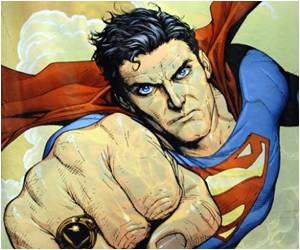 Henry Cavill has revealed that he was fat during his childhood.

Weight has always been a struggle for Cavill, who admits to the Details magazine that he was on the heavier side during his childhood, the New York Daily News reported.


After landing his first role in the 2002 film adaptation of 'The Count of Monte Cristo' at age 17, Cavill got whipped into shape.

But to play the Man of Steel on the big screen, the actor was forced to bulk up with help from a diet that included consuming 5,000 calories a day.

Superman Fans Outraged Over DC Comics Hiring Anti-gay Writer
Following the decision of the publisher to appoint a noted anti-gay writer to pen the Man of ......

Filipinos Plastic Makeover to Become Superman!
A Philippine man obsessed with Superman has gone under the knife in a bizarre attempt to transform ....